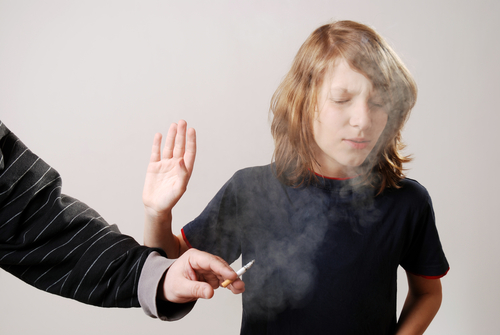 The Centers for Disease Control recently released survey results from kids showing that many of them had seen some form of advertisement for e-cigarettes. Then they matched them to the uptick in e-cigarette use among young people and implied causation.

Is it real? Perhaps, anecdotal results say that e-cigarette shops are springing up close to schools. And then there is the cigarette industry and fear they may switch from getting people on cigarettes using nicotine to nicotine itself.  On the other side is the anti-smoking establishment, which gets hundreds of millions of dollars to do studies and create public service announcements against cigarettes. A new market would be just as good for them as it is cigarette companies.

A new paper in BMJ Tobacco Control says flavors may be attracting young people, intentionally or not. They rely on the 2014 National Youth Tobacco Survey, which found that e-cigarette use tripled from 2013 to 2014 amongst high schoolers, rising from 4.5% to over 13%, and amongst middle school students increasing from 1% to 4%. These figures are mirrored in England, where e-cigarette use has risen from 5% in 2013 to 8% in 2014 amongst 11-18 year olds.

The good news is, cigarettes have declined in their place. The best cigarette is still far more harmful than the worst e-cigarette. But as concerned critics note, we don't want developing brains hooked on nicotine any more than we want them hooked on too much screen time or Red Bull drinks.

Very few kids migrate from e-cigarettes to real cigarettes but there are lots of other gateways to more harmful products so there is some concern about e-cigarettes leading to smoking, but it is too soon to tell. So the Behaviour and Health Research Unit at the University of Cambridge creates a slippery slope, using old tobacco industry 1970s-era documents finding that young smokers liked flavored cigarettes and implying that flavors in e-cigarettes would cause smoking. E-cigarette evangelists instead say flavors are a substitute for nicotine, not a mask for it. It seems to be true, uptake on nicotine flavored vapors is tiny.

The school children were then asked questions to gauge issues such as the appeal of using e-cigarettes and tobacco smoking (did the children think e-cigarettes or tobacco were 'attractive', 'fun' or 'cool'?), the perceived harm of smoking, how much they liked the ads and how interested they might be in buying and trying e-cigarettes.

Obviously none of them used anything, and there is no indication they would, but the responses were listed as evidence of the potential harm.

The children shown the ads for candy-flavored e-cigarettes liked these ads more and expressed a greater interest in buying and trying e-cigarettes than their peers. However, showing the ads made no significant difference to the overall appeal of tobacco smoking or of using e-cigarettes - in other words, how attractive, fun or cool they considered the activities.

This is in contrast to studies showing that e-cigarette use is just kids experimenting and that very few non-smokers stuck with them.

"We're cautiously optimistic from our results that e-cigarette ads don't make tobacco smoking more attractive, but we're concerned that ads for e-cigarettes with flavors that might appeal to school children could encourage them to try the products," says Dr. Milica Vasiljevic from the Department of Public Health and Primary Care at the University of Cambridge.