News Staff
Latency is so ingrained into modern communication we almost forget about it but in live or recorded events, like performances or rehearsals over a long distance, it is crippling.

When recording a soundtrack over a pre-recorded base, the latency is perceptible to the human ear if a delay of 15-20 milliseconds occurs - the track seems displaced from the rest, giving the sense of being poorly played. To resolve displacement over long distances, elements such as sound capture, sound coding and decoding servers, intermediate network elements, lines of communication and the software used all must be factored in.

And not all kinds of music work the same way when adapting to networks. As latency between the musicians increases, compositions that are very rhythmic have greater difficulties in execution. 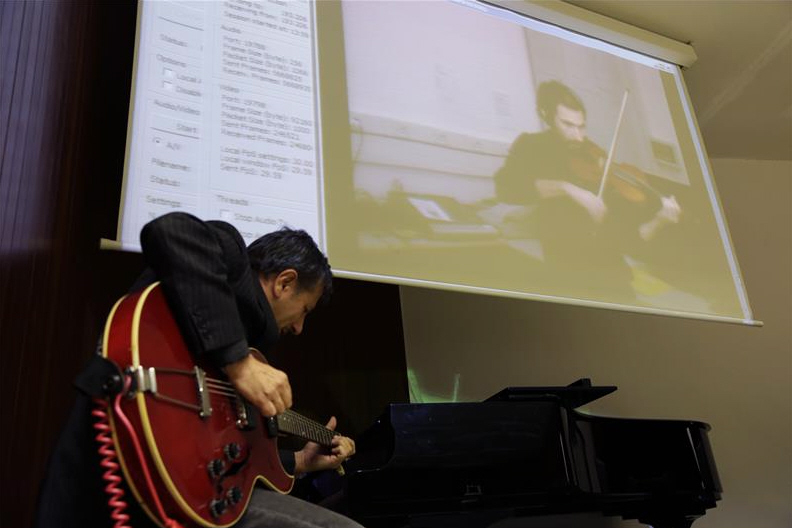 Two musicians separated by large distances have been able to rehearse for a concert with minimal latency - synchronous no matter how many kilometers separate the artists, according to  Professor Xaime Fandiño .

You won't get that using Skype.

Galician musician and composer Pablo Novoa and Italian violinist Sebastiano Frattini, 2,700 kilometers away in Trieste, performed two very well-known musical pieces: Sunny by Bobby Hebb, popular in the 1960s, and Get Lucky, a song by French group Daft Punk. All live on video as well. The aim of these experiments was to get closer to the perception we have of 'real time' and to be as synchronous as possible between both flows: audio and video.

"When I was asked to take part in this experiment, I accepted with joy; my degree was in Chemistry and it was a way of joining the two sides of my vocation. Getting to record or play at a distance opens up a vast field for collaboration between musicians and to give lessons without the need to travel. In addition, any progress to reduce latency is highly beneficial in improving musical and audiovisual recordings," says Novoa.

This technology could also be used directly in music education, distance performances and rehearsals, or high-end videoconferencing.

It is still just experimental but the technology is not expensive. Its complexity lies in the demands it places on the network infrastructure that supports tools of this kind. It has to be communications with low losses, low latency and high bandwidth when video is used, and you won't get any of that from Comcast.