News Staff
"The Lost World", published in 1912, is not Sir Arthur Conan Doyle's most famous work but his account of an isolated community of dinosaurs that survived the catastrophic extinction event 65 million years ago has lasted into modern times in a way Sherlock Holmes has not - at least until the new Robert Downey movie comes out with him in the starring role.

For a century, various Hollywood versions have tried to recreate the lost world of dinosaurs but maybe it wasn't as lost as we thought.   New evidence suggests that dinosaur bones from the Ojo Alamo Sandstone in the San Juan Basin date from after the extinction and that dinosaurs may have survived in a remote area of what is now New Mexico and Colorado for up to half a million years. This new research in Palaeontologia Electronica is based on chemical investigations of the dinosaur bones and evidence for the age of the rocks in which they are found.

"The great difficulty with this hypothesis - that these are the remains of dinosaurs that survived - is ruling out the possibility that the bones date from before the extinction" says Jim Fassett, author of the research. "After being killed and deposited in sands and muds, it is possible for bones to be exhumed by rivers and then incorporated into younger rocks" he explains.

This is not the usual way in which fossil deposits of this kind form, but it has been shown to explain some other post-extinction dinosaur bones. Fassett says he has amassed a range of evidence that indicates that these fossils from the Ojo Alamo Sandstone were not exhumed and redeposited and that these dinosaurs really did live after the end Cretaceous extinction event.

The first step must be to demonstrate that the rocks containing the bones are younger than the extinction event. Fassett says he has analyzed the magnetic polarity of the rocks, and the pollen grains they contain, different approaches to finding the age of rocks which, he concludes "independently indicate that they do indeed post-date the extinction".   Fassett also found that "the dinosaur bones from the Ojo Alamo Sandstone have distinctly different concentrations of rare earth metal elements to the bones in the underlying Cretaceous rocks" and this, he argues "makes it very unlikely that the post-extinction bones were exhumed from the underlying sediments." This is supported by a find of 34 hadrosaur bones together - "these are not literally an articulated skeleton, but the bones are doubtless from a single animal" - if the bones had been exhumed by a river, they would have been scattered. 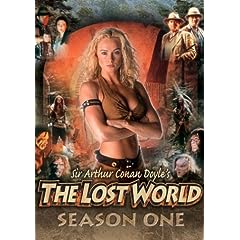 So does this provide conclusive proof that dinosaurs survived the Cretaceous extinctions?   Well, maybe.   David Polly, one of the editors of Palaeontologia Electronica says, "this is a controversial conclusion, and many palaeontologists will remain sceptical", but we already know that flying theropod dinosaurs (more generally referred to as birds) and crocodiles survived, so the possibility of pockets of survivors of other types of dinosaur is not quite as far fetched as it might sound.

Finding conclusive evidence, however, is a difficult matter when the crime scene is 65 million years old. "One thing is certain" continues Polly, "if dinosaurs did survive, they were not as widespread as they were before the end of the Cretaceous and did not persist for long." The 'Lost World scenario' of humans and dinosaurs existing at the same time, still belongs firmly in the realms of pure fantasy.