News Staff
Forget vibrating joysticks on your Xbox, Rice University engineers have invented a glove that allows a user to feel what they're touching while gaming.

The Hands Omni provides a way for gamers and others to feel the environments they inhabit through the likes of three-dimensional heads-ups displays. The prototype glove, developed with Houston sponsor Virtuix and introduced at the George R. Brown School of Engineering Design Showcase, is intended to provide next-generation force feedback to the fingertips as players touch, press or grip objects in the virtual world. The project won the "People's Choice" award at Rice's recent Engineering Design Showcase.

The glove is designed to be as unobtrusive as possible, and is wireless to allow the player a full range of motion without having to worry about cables.

The fingers feel pressure from bladders in the glove's fingertips that expand and contract as necessary. The team's agreement with its sponsor means the glove's underlying technology must remain under wraps, but they say programmers should find it fairly simple to implement the glove's protocols into their games and other projects. 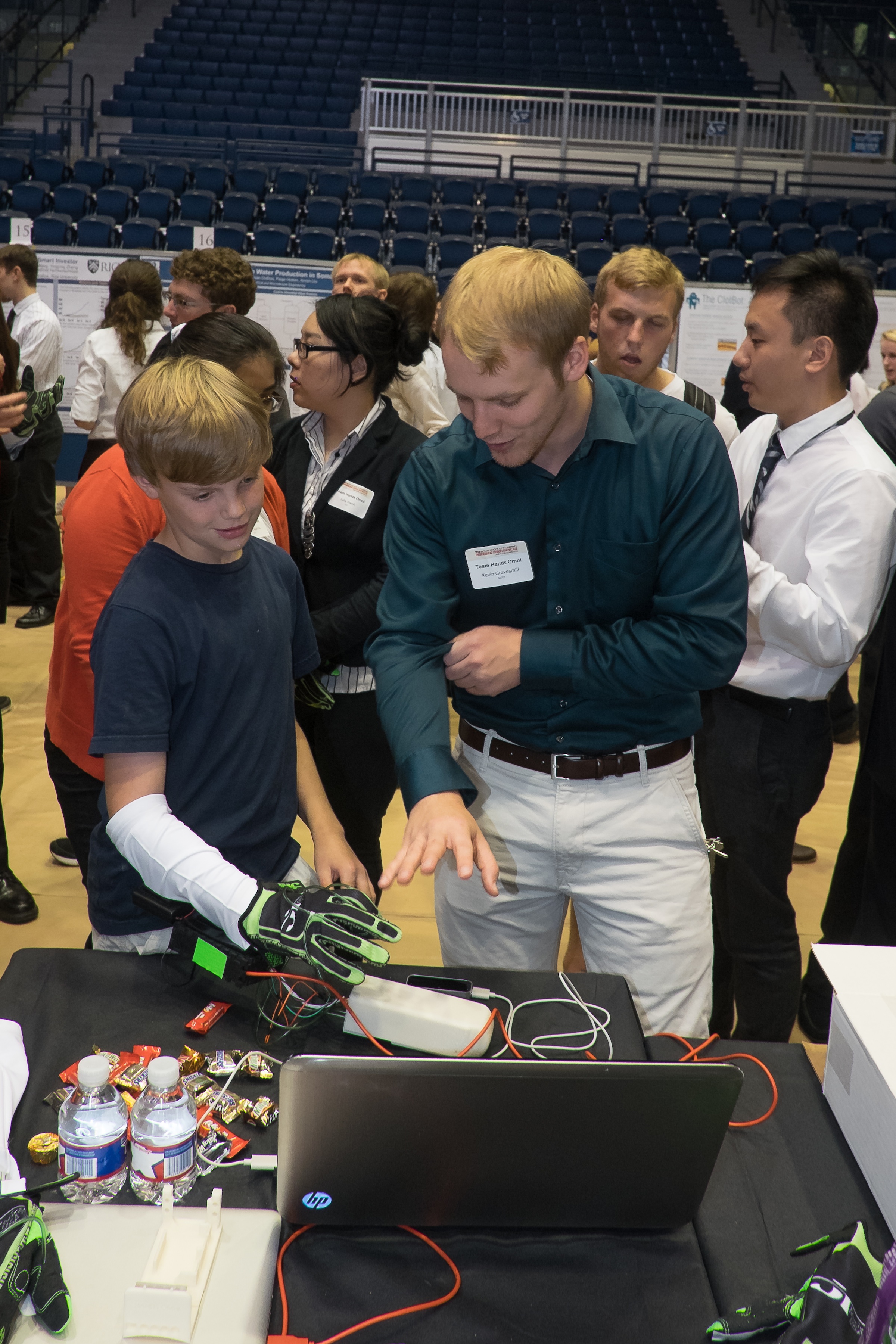 The fingers are individually addressable, though pressure on the ring and little fingers is triggered as one unit in the prototype.

"It's not very often you pick something up with just your pinkie," said electrical engineering student Marissa Garcia.

The entire glove weighs around 350 grams, light enough to keep the player from noticing it, even after a while. "We had our own constraints based on testing to determine the amount of perceptible weight that could be strapped to your fingers, arms, legs and limbs -- the maximum weight that is perceptible to users -- and we came up with 660 grams on the forearm and much less than that on the back of the hand or on the fingers," said mechanical engineering student Kevin Koch. "We wanted as much mass as far back on the hand as possible, and that's exactly what we're doing. The user will hardly know it's there."