Parasitic bacteria were the first cousins of mitochondria, the energy factories in our cells – and first acted as energy parasites in those cells before becoming beneficial, according to a University of Virginia study that used next-generation DNA sequencing technologies to decode the genomes of 18 bacteria that are close relatives of mitochondria.

The new paper in PLOS One is an alternative theory to two current hypotheses of how simple bacterial cells were swallowed up by host cells and ultimately became mitochondria, the "powerhouse" organelles within virtually all eukaryotic cells – animal and plant cells that contain a nucleus and other features. Mitochondria power cells by providing them with adenosine triphosphate, or ATP, considered by biologists to be the energy currency of life.

The origin of mitochondria began about 2 billion years ago and is one of the seminal events in the evolutionary history of life. However, little is known about the circumstances surrounding its origin, and that question is considered an enigma in modern biology. 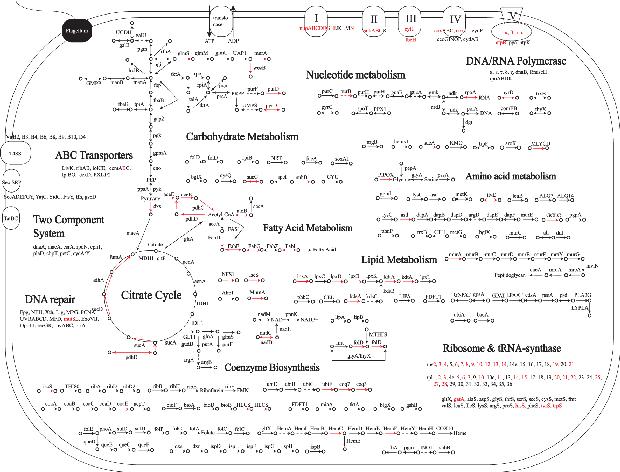 "We believe this study has the potential to change the way we think about the event that led to mitochondria," said University of Virginia biologist Martin Wu, the paper's lead author. "We are saying that the current theories – all claiming that the relationship between the bacteria and the host cell at the very beginning of the symbiosis was mutually beneficial – are likely wrong.

"Instead, we believe the relationship likely was antagonistic – that the bacteria were parasitic and only later became beneficial to the host cell by switching the direction of the ATP transport."

The finding, Wu said, is a new insight into an event in the early history of life on Earth that ultimately led to the diverse eukaryotic life we see today. Without mitochondria to provide energy to the rest of a cell, there could not have evolved such amazing biodiversity, he said.

"We reconstructed the gene content of mitochondrial ancestors, by sequencing DNAs of its close relatives, and we predict it to be a parasite that actually stole energy in the form of ATP from its host – completely opposite to the current role of mitochondria," Wu said.

In the study, the authors also identified many human genes that are derived from mitochondria – identification of which has the potential to help understand the genetic basis of human mitochondrial dysfunction that may contribute to several diseases, including Alzheimer's disease, Parkinson's disease and diabetes, as well as aging-related diseases.

In addition to the basic essential role of mitochondria in the functioning of cells, the DNA of mitochondria is used by scientists for DNA forensics, genealogy and tracing human evolutionary history.