News Staff
The eastern continental boundaries of America and Asia are colder than the same latitudes on their western boundaries -  no one thinks of Barcelona or London as colder than New York City but they are both north of the Big Apple.   I think any of us would trade a NYC winter for a Barcelona one.   Mountain ranges and warm ocean currents are the likely culprits, according to recent hypotheses.

But researchers writing in Nature say the radiation of atmospheric wave energy has been overlooked so far.  These strong atmospheric waves, called Rossby waves, draw cold northern air over the eastern boundaries and would also be an explanation for why those cold regions in Asia and North America are similar.  That's right, places like New York are cooled by hit in the oceans off their coasts.

Climate complexity has always been understood by scientists but due to the cultural controversy over global warming 'complexity' has become a mantra for all sides.    If northern ocean currents were to transmit less heat due to a warming planet, for example, it could throw Europe into a deep freeze - except the warming of the planet might counteract that, meaning no change in real temperature while things get more unstable.  Systems are complex, the same way your sore neck could cause you to have trouble with your knee. 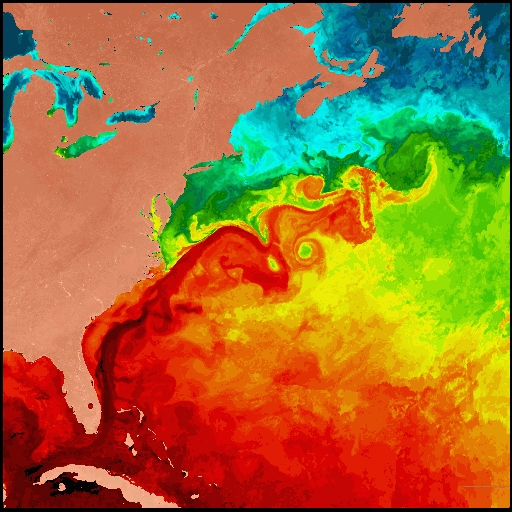 Is the simulation 'realistic' the way a mechanical engineering model of a boat might be?   No, and more studies would be needed to see how much of the temperature contrast between the Atlantic and Pacific can be explained by the Rossby wave plumes.    There are large differences in both topography and size between North America and Asia.   Plus, if this research holds out, Rossby waves have to factored into past climate change over longer periods as well.