A new discovery of thousands of Stone Age tools has provided a major rethink about human innovation 325,000 years ago - and how early technological developments spread across the world.

The researchers found evidence which challenges the belief that a type of technology known as Levallois – where the flakes and blades of stones were used to make useful products such as hunting weapons – was invented in Africa and then spread to other continents as the human population expanded.

They discovered at an archaeological site in Armenia that these types of tools already existed there between 325,000 and 335,000 years ago, suggesting that local populations developed them out of a more basic type of technology, known as biface, which was also found at the site. 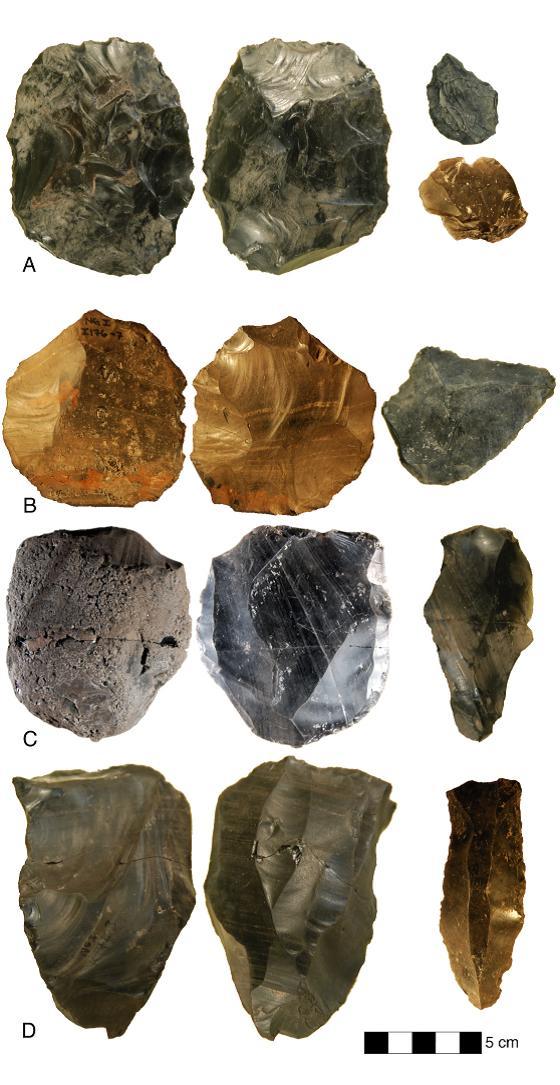 Dr. Simon Blockley and Dr. Alison MacLeod, from the Department of Geography at Royal Holloway, analyzed volcanic material that preserved the archaeological site in the village of Nor Geghi, in the Kotayk Province of Armenia. By employing innovative procedures developed at Royal Holloway, they extracted suitable material to help date the Levallois tools.

"The discovery of thousands of stone artefacts preserved at this unique site provides a major new insight into how Stone Age tools developed during a period of profound human behavioral and biological change," said Blockley. "The people who lived there 325,000 years ago were much more innovative than previously thought, using a combination of two different technologies to make tools that were extremely important for the mobile hunter-gatherers of the time.

"Our findings challenge the theory held by many archaeologists that Levallois technology was invented in Africa and spread to Eurasia as the human population expanded. Due to our ability to accurately date the site in Armenia, we now have the first clear evidence that this significant development in human innovation occurred independently within different populations."

Archaeologists argue that Levallois technology was a more innovative way of crafting tools, as the flakes produced during the shaping of the stone were not treated as waste but were made at predetermined shapes and sizes and used to make products that were small and easy to carry. With the more primitive biface technology, a mass of stone was shaped through the removal of flakes from two surfaces in order to produce bigger tools such as a hand axes.