A microRNA molecule has been tagged as a surprisingly crucial player in managing cell survival and growth. The findings underscore the emerging recognition that non-coding RNAs – small molecules that are not translated into working proteins – help regulate basic cellular processes and may be key to developing new drugs and therapies.

Principal investigator Albert R. La Spada, MD, PhD, professor of cellular and molecular medicine at UC San Diego, and colleagues found that a microRNA known as let-7 controls autophagy through the amino acid sensing pathway, which has emerged as the most potent activator of mTORC1 complex activity.

Autophagy is a fundamental process used by cells to degrade unnecessary components in times of starvation, releasing energy stores that help promote cell survival. Cells have further adapted autophagy for other purposes as well, including recycling dysfunctional components, immune response to pathogen invasion, surveillance against cancer and maintenance of protein and organelle control in the central nervous system. MTORC1 is a critical protein complex that regulates energy consumption and growth in cells. 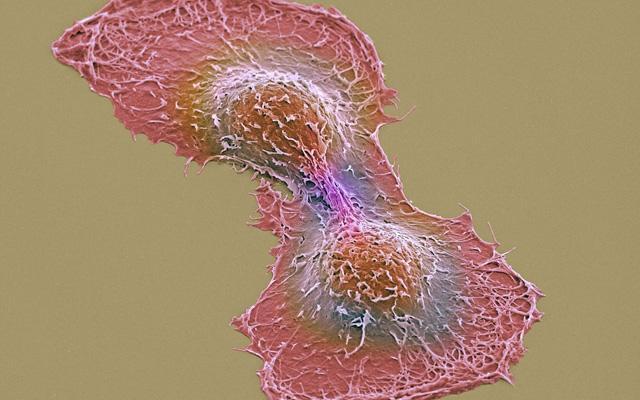 "The ability of let-7 alone to activate autophagy in this way was totally unknown and is very surprising," said La Spada. "As let-7 is known to be a tumor suppressor, its ability to activate autophagy could be a major component of its anti-tumor forming activity," though La Spada noted that autophagy may also contrarily promote tumor progression by supporting the altered metabolism of growing cancers.

With let-7 revealed to be a master regulator of metabolism, helping to modulate anabolic growth (the creation of new molecules in cells) with catabolic destruction (the breakdown of molecules in cells), researchers say the overall picture of how cells function becomes more fine-tuned but also more complicated.

"The fact that let-7 is opposing the action of the amino acid sensing pathway provides a glimpse into the complex pathway regulation at work in the cell, with microRNAs emerging as important factors for cells to maintain metabolic set points and overall homeostasis or a healthy equilibrium."

The therapeutic potential of let-7 remains to be explored. La Spada said he and colleagues have shown that a lentivirus encoding let-7 injected into mouse neurons promotes the autophagic turnover of toxic misfolded proteins associated with neurodegenerative disease.

"We also demonstrate that treatment with anti-let-7 can block autophagy and that this has physiological consequences (weight gain) in mice. It is possible that modulation of let-7 could be pursued for therapeutic application using very carefully targeted delivery systems, but further work will be necessary to see if this is practically possible."