News Staff
A new species of bird called Llallawavis scagliai (Scaglia's Magnificent Bird) is shedding light on the diversity of the group and how these giant extinct predators interacted with their environment.

The new species found in South America is the most complete terror bird ever discovered, with more than 90% of the skeleton exquisitely preserved and also reveals details of anatomy that rarely preserve in the fossil record, including the auditory region of the skull, voice box, complete trachea, bones for focusing the eye, and the complete palate, allowing an unprecedented understanding of the sensory capabilities of these extinct predatory birds.

Terror birds, or phorusracids as they are known scientifically, were carnivorous flightless birds up to 3 meters (10 ft) in height with tall hooked beaks. These birds were the predominant predators during the Cenozoic Age in South America and certainly one of the most striking groups that lived during that time. 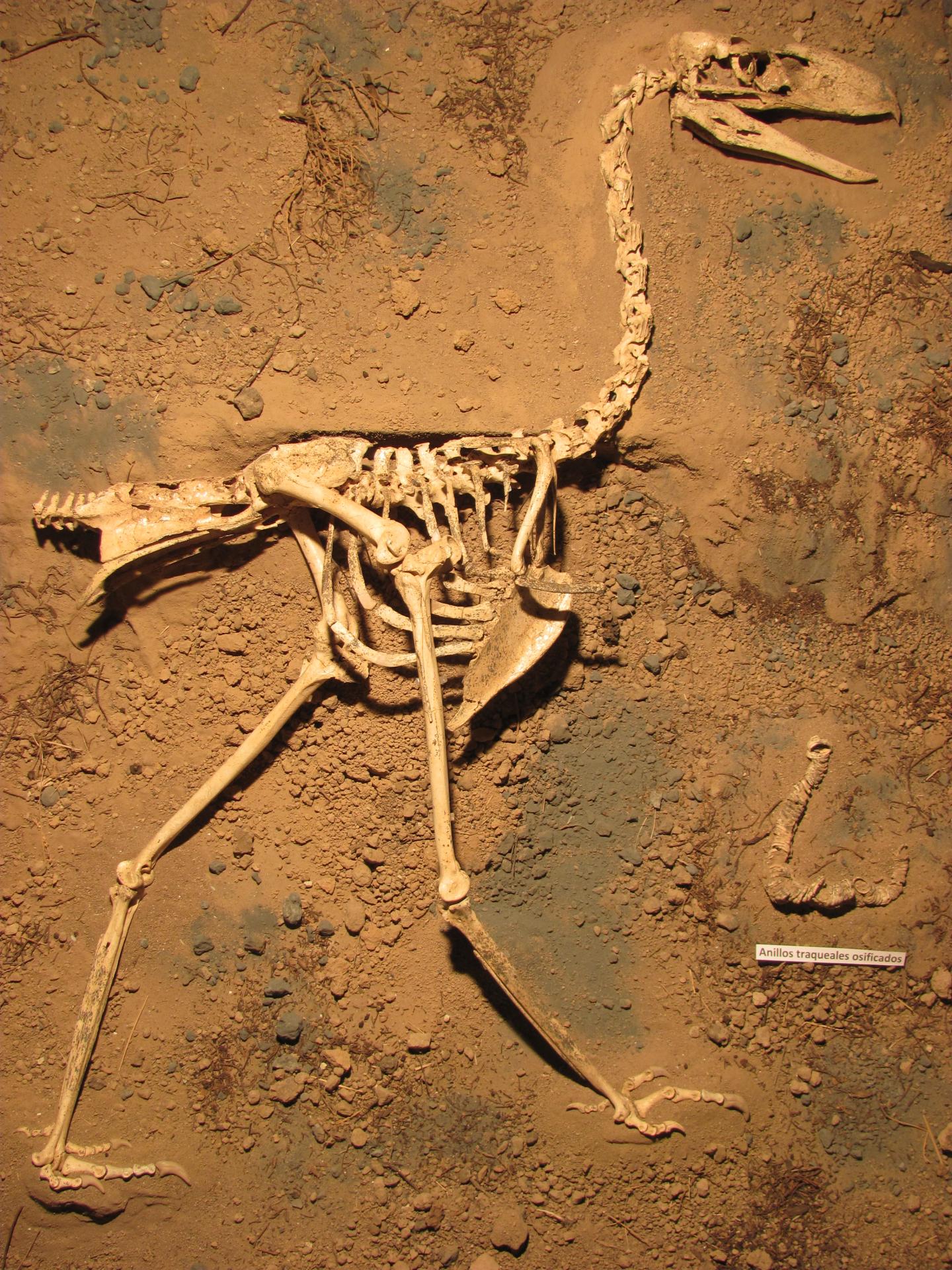 "The discovery of this new species provides new insights for studying the anatomy and phylogeny of phorusrhacids and a better understanding of this group's diversification," said Dr. Claudia Tambussi, also of CICTERRA and one of the co-authors of the study. The new species stood 4 feet tall and lived in Argentina approximately 3.5 million years ago in the Pliocene Epoch, towards the end of the reign of the group.

"The discovery of this species reveals that terror birds were more diverse in the Pliocene than previously thought. It will allow us to review the hypothesis about the decline and extinction of this fascinating group of birds" said Degrange.