Dating apps like Tinder offer a quick look at a potential connection, with a simple swipe to either decline or accept a potential match, so it follows that some people will try to game the system by using an old picture or one that is enhanced using a tool like Photoshop.

So many people do it, at least according to common belief, that is must work. But does it?

People assume some pictures must be fake and they don't want to be "catfished" (slang for a romantic hoax, because less reputable seafood restaurants will serve catfish as something more expensive) so alarm bells ring when something looks too good to be true, or in this case "too hot to trust." 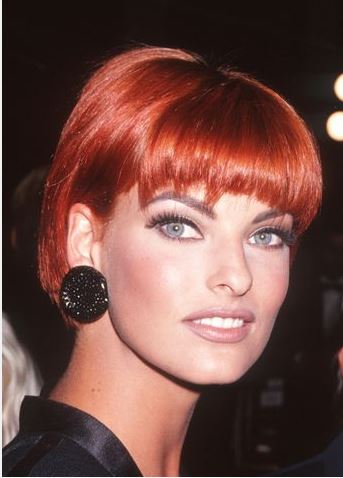 Linda Evangelista is probably not on your Dungeons
&  Dragons forum. Credit: Pinterest.

The researchers focused on 305 participants who identified as heterosexual and ranged from ages 17-36. Participants were placed into an opposite sex condition and then randomly assigned to view one of four profile pictures of the same male and female. These pictures featured two different types of images, one that had been beautified (i.e. lighting, makeup, hair) and the other, which was a relatively normal, non-beautified picture (satisfactory lighting, no makeup, no hair treatment). Participants were then asked a series of questions to determine the profiles physical attractiveness, similarity (to the participant), trustworthiness, and ultimately their desire to date.

Previous research has shown that dating site users understand the importance of putting their best "face" forward and that the focus on profile pictures is important given how much of an influence it has on an individual's appeal to a profile. Individuals have long been beautifying themselves (hair, make-up, fitness, plastic surgery, etc.) to enhance their physical attractiveness, They say their study takes an evolutionary approach in which they use theories of attraction to explain why the perceived attractiveness of a profile picture is so important.

Rory McGloin, Amanda Denes and Olivia Kamisher from the University of Connecticut will present their findings next week at the 65th Annual Conference of the International Communication Association in San Juan, Puerto Rico.