Physicists at the University of Geneva have succeeded in teleporting the quantum state of a photon to a crystal over 25 kilometers of optical fiber.

The experiment shatters the previous record of 6 kilometers achieved 10 years ago by the same  team. Passing from light into matter, using teleportation of a photon to a crystal, shows that, in quantum physics, it is not the composition of a particle which is important, but rather its state, since this can exist and persist outside such extreme differences as those which distinguish light from matter.

The latest experiments have enabled verifying that the quantum state of a photon can be maintained whilst transporting it into a crystal without the two coming directly into contact.
One needs to imagine the crystal as a memory bank for storing the photon's information; the latter is transferred over these distances using the teleportation effect. 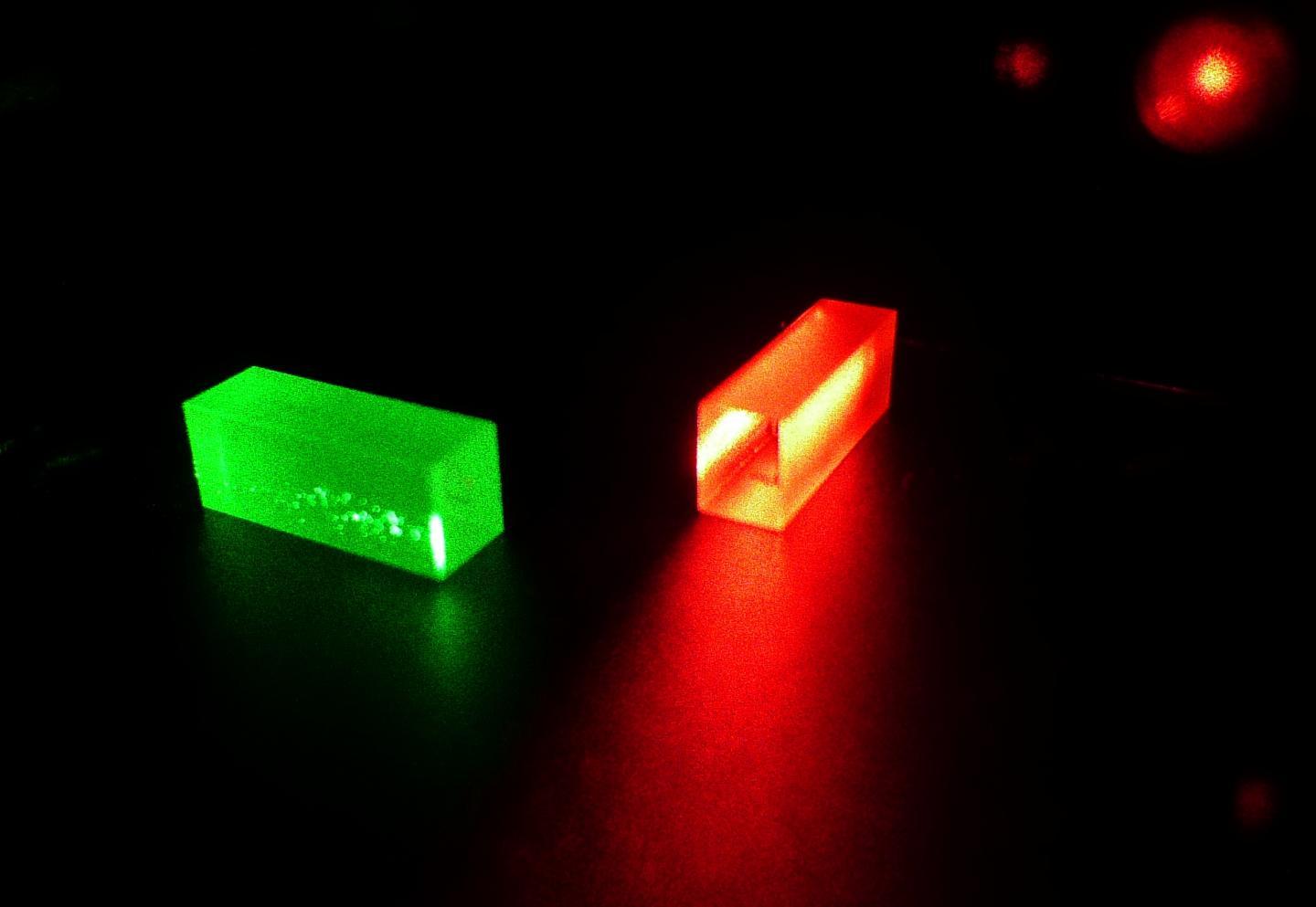 Crystals which contain photonic information after the teleportation. © GAP, University of Geneva (UNIGE)

So what exactly is this testing of quantum entaglement and its properties? One needs to imagine two entangled photons -in other words two photons inextricably linked at the most infinitesimal level by their joint states. One is propelled along an optical fiber (the 25 kilometers mentioned earlier), but not the other, which is sent to a crystal. It is a bit like a game of billiards, with a third photon hitting the first which obliterates both of them. Scientists measure this collision. But the information contained in the third photon is not destroyed -on the contrary it finds its way to the crystal which also contains the second entangled photon.

Thus, as Félix Bussières the lead author of this publication explains, one observes «that the quantum state of the two elements of light, these two entangled photons which are like two Siamese twins, is a channel that empowers the teleportation from light into matter».

From there, it is a small step to conclude that, in quantum physics, the state takes precedence over the 'vehicle' - in other words an item's quantum properties transcend classical physical properties.