Given the recent events in Ferguson, Missouri and the highly charged claims of racism, it is no surprise that a Washington State University study of deadly force found that there is bias when it comes to skin color and being willing to pull a gun trigger on someone.

What is a surprise is that whites and Hispanic were more likely to be shot than black people.

The new study in Journal of Experimental Criminology grew out of 48 simulations, recruited from the general population, aimed at explaining the disproportionate number of ethnic and racial minorities shot by police. The studies use the most advanced technology available, as participants with laser-equipped guns react to potentially threatening scenarios displayed in full-size, high-definition video.

The findings surprised Lois James, lead author and assistant research professor at Washington State University Spokane's Sleep and Performance Research Center.  "At the moment, there are no comprehensive statistics on whether the police do inappropriately shoot at black males more than they do at white males. Although isolated incidents of black males being shot by the police are devastating and well documented, at the aggregate level we need to understand whether the police are shooting black unarmed males more than they are white unarmed males. And at the moment, nobody knows that."

Shootings in the field are particularly difficult to study because they can have a multitude of complex, confounding and hard-to-control variables. But Washington State University's Simulated Hazardous Operational Tasks Laboratory can control variables like suspect clothing, hand positions, threatening stance and race, while giving observers precise data on when participants are fired upon and how many milliseconds they take to fire back.

"In other words," wrote James and her co-authors, "there was significant bias favoring blacks where decisions to shoot were concerned." 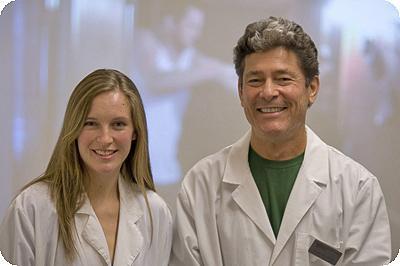 When confronted by an armed white person, participants took an average of 1.37 seconds to fire back. Confronted by an armed black person, they took 1.61 seconds to fire and were less likely to fire in error. The 24-millisecond difference may seem small, but it's enough to be fatal in a shooting. The recent study analyzed data from electroencephalograph sensors that measured participants' alpha brain waves, which are suppressed in situations that appear threatening.

The participants, 85 percent of whom were white, "demonstrated significantly greater threat responses against black suspects than white or Hispanic suspects," wrote James and her co-authors, University of Missouri-St. Louis criminologist David Klinger and WSU Spokane's Bryan Vila. This, they said, suggests the participants "held subconscious biases associating blacks and threats," which is consistent with previous psychological research on racial stereotypes.

However, the current study only measured the alpha waves of participants drawn from the general public, not law enforcement or the military. Consequently, wrote the authors, "results from this sample are not generalizable to sworn officers."

"However," they added, "there is some evidence from the field to support the proposition that an officer's threat bias could cause him or her to tend to take more time to make decisions to shoot people whom they subconsciously perceived as more threatening because of race or ethnicity. This behavioral 'counter-bias' might be rooted in people's concerns about the social and legal consequences of shooting a member of a historically oppressed racial or ethnic group."

James said she has data on subconscious associations between race and threat from law enforcement subjects, and she awaits funding to analyze whether these biases predict decisions to shoot in the simulator. Like study participants from the general public, she said, "they were still more hesitant to shoot black suspects than white suspects. They took longer and they made fewer errors."