News Staff
Microbial communities in different regions of the Pacific Ocean displayed strikingly similar daily rhythms in their metabolism despite inhabiting extremely different habitats, according to a new study.

From the nutrient-rich waters off California to the nutrient-poor waters north of Hawai'i, dominant photoautotrophs - light-loving bacteria that need solar energy to help them photosynthesize food from inorganic substances - appear to initiate a cascade effect wherein the other major groups of microbes perform their metabolic activities in a coordinated and predictable way. As expected, different photoautotrophs dominated the coastal versus open ocean but many other heterotrophic bacterial groups were common to both habitats.

Throughout the day, these microbes turn on and turn off genes that regulate key metabolic processes - transcriptional patterns. The bacterial groups common to both ecosystems displayed the same transcriptional patterns and daily rhythms - as if each group is performing its prescribed role at a precise time each and every day, even though these communities are separated by thousands of miles. 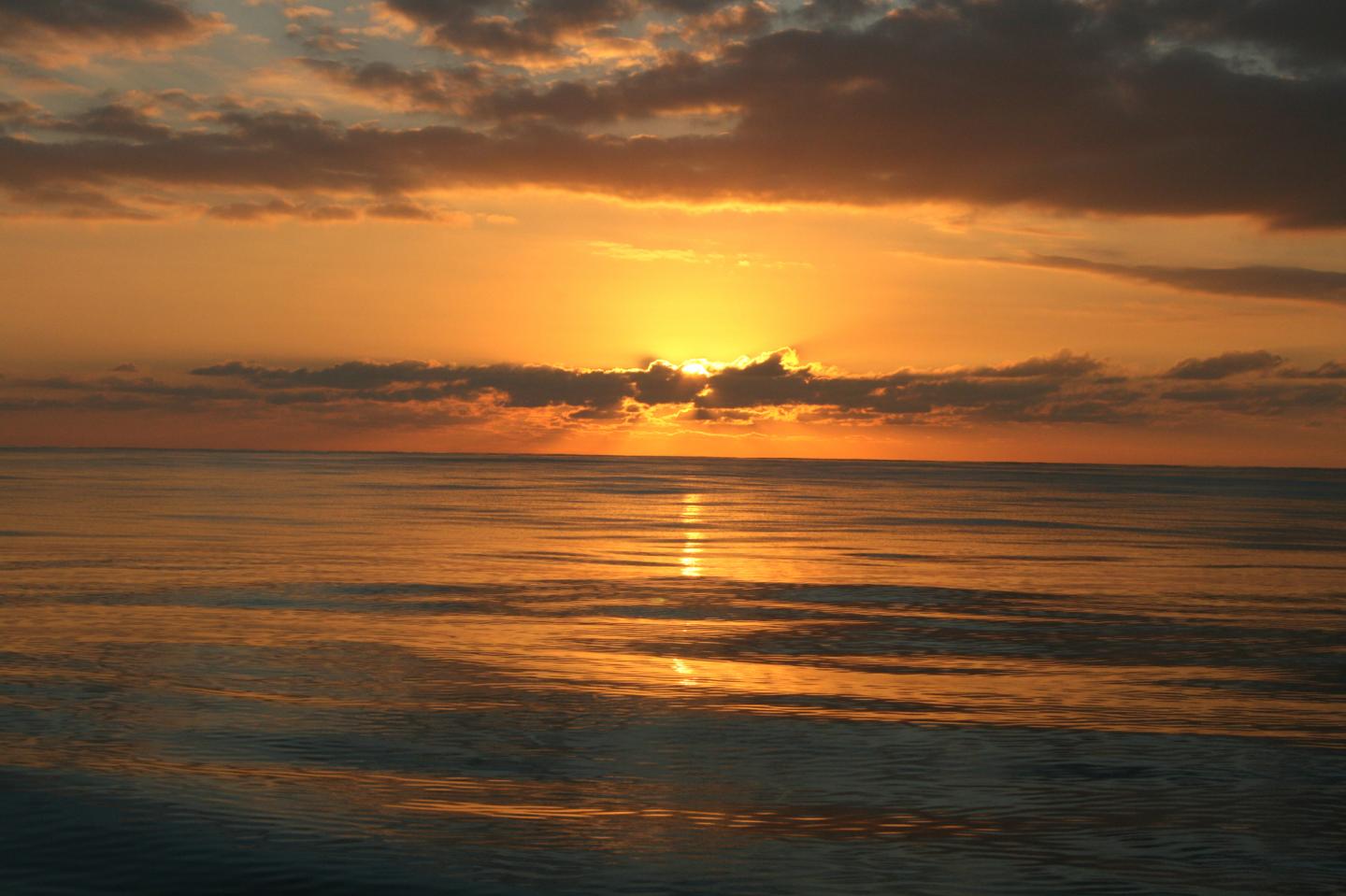 Station ALOHA, the open ocean field site 60 miles north of the island of Oahu. Credit:  University of Hawaii at Manoa

"Our work suggests that these microbial communities broadly behave in a similar manner across entire ocean basins and that specific biological interactions between these groups are widespread in nature," said Frank Aylward, post-doctoral scholar at the Center for Microbial Oceanography: Research and Education (C-MORE) at University of Hawaii at Manoa and lead author of the study.

The investigation used a robotic sampler, the Environmental Sample Processor (ESP), recently developed by co-author Chris Scholin and his colleagues at the Monterey Bay Aquarium Research Institute (MBARI). Riding the same ocean currents as the microbes it follows, the ESP is uniquely equipped to harvest those microbes every few hours, so that researchers can measure exactly when different genes are turned on or off for many different species simultaneously. Using modern "next generation" genomic technologies Aylward and colleagues were then able to evaluate the daily gene expression cycles in microbial communities in the wild.

Generally microbes from coastal (California coast) and open-ocean (North Pacific Subtropical Gyre) waters have been thought of as completely distinct communities that are shaped by very different environmental conditions. Waters near Hawaii experience high levels of sunlight and warm temperatures year round, for example, while coastal California waters are colder and undergo marked seasonal transitions.

"Surprisingly, however," said Aylward, "our work shows that these extremely different ecosystems exhibit very similar diel cycles, driven largely by sunlight and interspecies microbial interactions. This suggests that different microbial communities across the Pacific Ocean, and likely waters across the entire planet, behave in much more orderly ways than has previously been supposed.

"There is a lot more order out there in the ocean than we had previously thought, on vast spatial scales," remarked Edward DeLong, University of Hawaii at Manoa professor of oceanography and senior author of the paper. "Each day, as sunlight hits the water, a very highly orchestrated cascade of species-specific activities takes place, with each microbe chiming in at a very precise time, each and every day. This sort of predictable pattern may allow us to better predict the specific timing of matter and energy transformations that are catalyzed by microbes on a daily basis."

Because of the large volumes of carbon dioxide sequestered by microbes in the oceans, this work has important implications for understanding the factors that shape large-scale carbon cycling in the biosphere. Because interactions between microbial groups appeared to be conserved between environments, this work also has implications for understanding fundamental patterns of how the activities of microscopic life give rise to ecosystem-level phenomena at much larger scales.

Along with their collaborators in the newly established, UH-based initiative called the Simons Collaboration on Ocean Processes and Ecology (SCOPE), the team hopes to achieve finer resolution sampling in space and time using improved robotic sampling devices currently being designed at MBARI. This will help identify more precisely how microbes are interacting with each other in seawater and how they respond to environmental stimulus.