News Staff
In 1609, 400 years ago, Galileo revolutionized humankind's understanding of our position in the Universe when he used a telescope for the first time to study the heavens and sketched radical new views of the moon and also discovering the satellites orbiting Jupiter.

To celebrate the International Year of Astronomy (IYA), which marks the anniversary of Galileo's discoveries, a group of astronomers and curators from the Arcetri Observatory and the Institute and Museum of the History of Science, both in Florence, Italy, are recreating the kind of telescope and conditions that led to Galileo's world-changing observations, reports January's Physics World.

Astronomers will be using the recreated apparatus to catalogue all the objects recorded in Galileo's 'Sidereus Nuncius' (or, in English, "Starry Messenger"), the treatise that Galileo published in 1610 which included many of his early observations.

The team has already observed the Moon and Saturn and are now recording images of Jupiter's moons and the phases of Venus, both of which provided crucial evidence to confirm the heliocentric hypothesis and prove that the Earth is not the centre of the Universe.

To recreate the apparatus, the team undertook a painstaking investigation of the nature of the lens of a telescope given to Galileo's patron, the Grand Duke of Tuscany, Cosimo II, in 1610. That work involved measuring the shape and refractive index of the lens, and using X-ray fluorescence to determine the condition of the glass.  According to records, Galileo's original telescope contained a 37mm diameter plano-convex objective lens with a focal length of 980 mm. 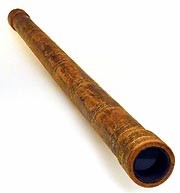 The group now plans to put the images seen by the telescope online.  They couldn't build a replica of the telescope actually used by Galileo to make the observations reported in Sidereus Nuncius as only one lens of that instrument survives.

The project, however, is more ambitious than just recreating one of Galileo's telescopes. The ultimate aim is to catch what Galileo himself might have seen. It is known that Galileo died blind and the researchers are keen to open Galileo's tomb to retrieve DNA and diagnose his optical affliction in order to create conditions that resemble looking through Galileo's very own eyes. At present, though, the Basilica of the Holy Cross in Florence, where the tomb lies, is refusing the researchers access to Galileo's remains.

This project is just one of many activities being undertaken by professional and amateur astronomers during the International Year of Astronomy 2009.