News Staff
A ring of hydrogen gas with a diameter of 380,000 light-years- 4 times that of our Milky Way - has been discovered shrouding the galaxy named AGC 203001, 260 million light-years away from us.

Researchers used the Giant Metrewave Radio Telescope near Pune, India, to conduct high-resolution radio observation of this galaxy to find out where in the galaxy this gas lies. It isn't inside at all. The neutral hydrogen is distributed in the form of a large off-centered ring extending much beyond the optical extent of this galaxy.

More puzzlingly, the astronomers found that the existing optical images of the ring showed no sign of it containing stars. There isstarlight associated with the hydrogen ring. 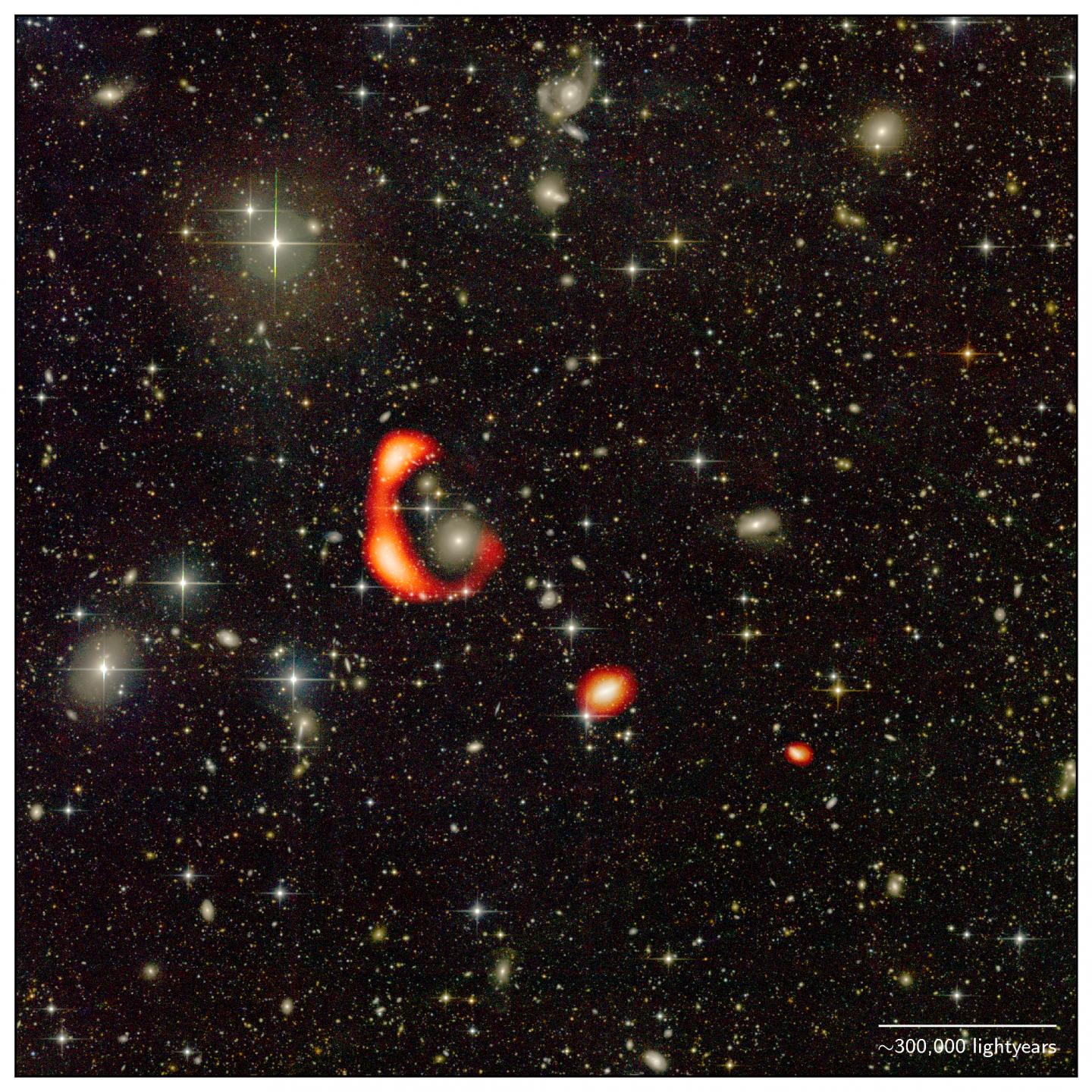 Optical image from the CFHT telescope with the distribution of neutral hydrogen in the form of a large ring shown in red as observed by the GMRT. Credit: O. Bait (NCRA-TIFR/GMRT), Duc (ObAS/CFHT)

There is only one other such known system with such a large neutral hydrogen ring the speculate question is. how did it happen? Galaxy-galaxy collisions are thought to lead to the formation of such off-centered rings around galaxies. However, such rings also generally contain stars.

The next step is to map the neutral hydrogen around several more similar galaxies. If some of them also show rings like this, it should help us to better understand the formation mechanism behind such rare rings.
News Articles
More Articles All Articles
About