News Staff
When it comes to COVID-19 deaths, the elderly and those with certain pre-existing conditions are at greater risk, just like they are in any disease that can cause respiratory distress.

Yet demographers are beginning to break down those numbers to highlight disparities in outcomes. A new paper finds that even though men and women are equally likely to contract the virus, men are significantly more likely to suffer severe effects and die.

What might explain it? Co-morbidities are certainly a factor, though deaths in people of color are higher than in Caucasian-Americans and co-morbidities are dismissed in those because it sounds too much like laying blame. 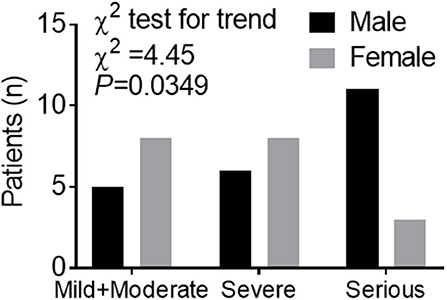 A new paper analyzed several patient datasets to see if there were differences in how men and women respond to COVID-19. This included data on 43 patients who the doctors behind the paper had treated themselves and a publicly available dataset on 1,056 COVID-19 patients.

The virus responsible for COVID-19 is similar to the virus behind the 2003 SARS outbreak, and it attaches to the same protein, called ACE2, on cells it attacks. Given this similarity, the doctors also analyzed a dataset of 524 SARS patients from 2003.

Strikingly, in the largest COVID-19 dataset, over 70% of the patients who died were men, meaning that men had almost 2.5 times the death rate of women. And interestingly, being male was a significant risk-factor for worse disease severity, regardless of age.

In the SARS dataset from 2003, the researchers found a similar trend, with a significantly higher mortality rate amongst males compared with females. Interestingly, levels of ACE2, the protein involved in the viral attack in both SARS and COVID-19, tends to be present in higher levels in men, and also patients with cardiovascular disease and diabetes, all of whom have worse outcomes in COVID-19.
News Articles
More Articles All Articles
About