News Staff
Some species have thrived only because they are food sources. Cows, for example, would be endangered and likely extinct if not for human animal husbandry. The same goes for many vegetables. They would be sparse or even gone if not for our genetic intervention.
Yet nature can be unpredictable in many ways. When a Great Extinction occurred around 66 million years ago, dinosaurs, insects, and early birds all plummeted with the plant life that sustained them. Ash blocked the sun and global cooling occurred as the climate changed accordingly. Yet that allowed some species to thrive. A new paper finds that symbiotic organisms made of fungi and algae living together - lichens - found a way to diversify rapidly.

Some even evolved 3-D structures, like plant leaves, and filled the niches of plants that died. 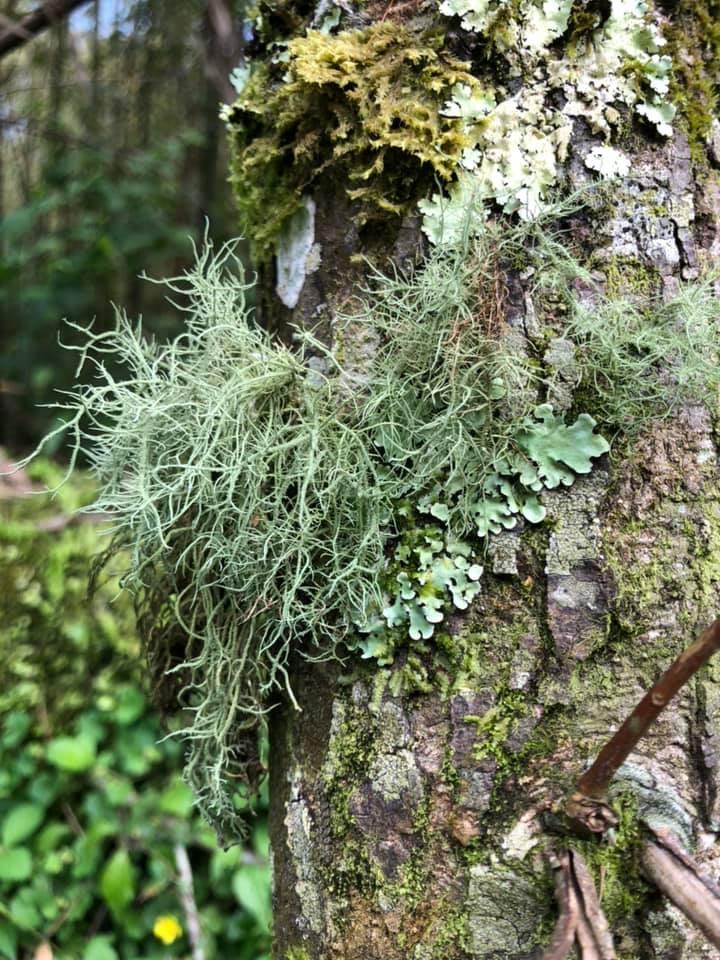 Lichens growing on a tree in Taiwan. Credit: Jen-Pan Huang


Fungi are closer to us on the evolutionary tree than plants

You  see lichens everywhere, even if you don't realize it. If you go on a walk in the city, the rough spots or gray spots you see on rocks or walls or trees are common crust lichens. In a forest, you can find orange, yellow, and vivid violet colors. Symbiotic organisms are two different life forms sharing one body and working together. They're a partnership between a fungus and an organism that can perform photosynthesis, making energy from sunlight--either a tiny algae plant, or a special kind of blue-green bacterium. Fungi, which include mushrooms and molds, are on their own branch on the tree of life, separate from plants and animals. The main role of fungi is to break down decomposing material.

During the mass extinction 66 million years ago, plants suffered but it seemed to be a good thing for fungi because they don't rely on sunlight for food and just need lots of dead stuff, and the fossil record shows an increase in fungal spores at this time. Yet since lichens contain a plant and a fungus, scientists wondered whether they were affected negatively, like a plant, since they need light, or positively like a fungus.

How to know without fossils - mutation rate

There aren't many fossil lichens from that time frame so they used inference of modern lichen DNA. And large molecular datasets.

From observing fungi growing in lab settings, scientists know generally how often genetic mutations show up in fungal DNA--how frequently a letter in the DNA sequence accidentally gets switched during the DNA copying process. That's the mutation rate. And if you know the mutation rate, if you compare the DNA sequences of two different species, you can generally extrapolate how long ago they must have had a common ancestor with the same DNA.

The researchers fed DNA sequences of three families of lichens into a software program that compared their DNA and figured out what their family tree must look like, including estimates of how long ago it branched into the groups we see today. They bolstered this information with the few lichen fossils they did have, from 100 and 400 million years ago. And the results pointed to a lichen boom after 66 million years ago, at least for some of the leafier lichen families. Some lichens did go extinct and the leafy macrolichens filled those niches.

The heritage from that mass die-off remains today. Most of what we see in nature originated after the dinosaurs died so even if we traveled back in time 40 million years ago, life would have more in common with us than it did with them.