News Staff
There will never be another large telescope built in the United States, due to the influence of environmental activists, so those high-paying multicultural white collar jobs are instead going to Chile. But if we want even better conditions. Dome Angus, the highest ice dome on the Antarctic Plateau near the centre of East Antartica, is where to be, finds an analysis.

The problem is that, unlike Chile, no one wants to live there. That's due to the conditions that make it great for a telescope; high altitude, low temperature, and long periods of continuous darkness.

But if people do want to live there, the lack of atmospheric turbulence, which we detect with our eyes because it makes stars 'twinkle', would mean a very low 'seeing' number.

Currently, the highest performing observatories are located in high-altitude locations along the equator (Chile and Hawaiʻi) and offer seeing in the range of 0.6 to 0.8 arcseconds. In general, the Antarctic has the potential for better seeing, owing to weaker turbulence in the free atmosphere, with an estimated range of 0.23 to 0.36 arcseconds at a location called Dome C.

But Dome A has a thinner boundary layer (the lowest part of the atmosphere, which is influenced by friction from the Earth’s surface) than Dome C. Previous measurements from Dome A have been taken in the daytime, but the authors report a median night-time seeing of 0.31 arcseconds, reaching as low as 0.13 arcseconds. 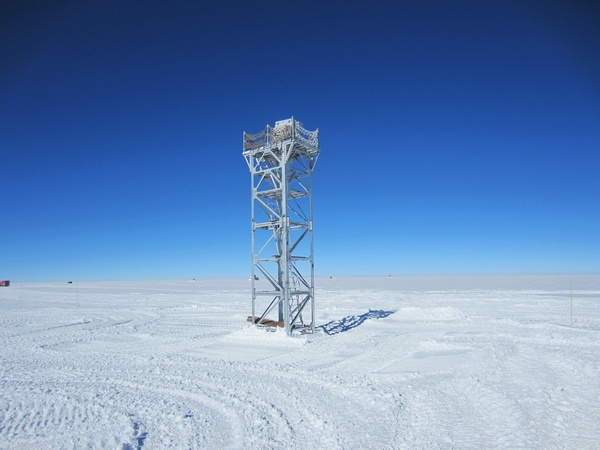 This is the unmanned telescope KL-DIMM at Dome A, Antarctica. Credit: Zhaohui Shang

The measurements from Dome A, taken at a height of eight metres, were much better than those from the same height at Dome C and comparable to those at a height of 20 meters at Dome C.

With Hawaiʻi out of the picture after activists convinced natives they should believe Mauna Kea was somehow holy ground 10,000 feet in the air, Chile will be targeted by trial lawyers next. Maybe it's time to think about a place where they can't park their yachts.
News Articles
More Articles All Articles
About