News Staff
Responses to the COVID-19 pandemic, from school closures to lockdowns, were important for health officials and implemented even after factoring in concerns about long-term psychological effects.

That needs some context. Young people are often more depressed. It is a time of change, physically and emotionally, aided by the modern invention of "adolescence", a concept which did not exist in the past, where they are neither children nor adults. And depression is the most common self-reported mental disorder in the U.S., going from 6.6 percent in 2005 to 7.3 percent in 2015, Still, a leap to 10 percent overall is worrisome because it is greatest correlation to suicide behavior. 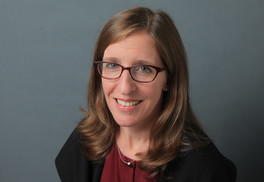 In 2020, 9 percent of Americans aged 12 or older experienced a past-year major depressive episode. Depression was more common among young adults aged 18 to 25 years at slightly more than 17 percent, and adolescents aged 12 to 17 years (16.9 percent). Depression increased most rapidly among adolescents and young adults and increased among nearly all gender, racial/ethnic, income, and education groups. However, depression prevalence did not change among adults aged 35 and over. Overall, prevalence of help seeking remained consistently low.

“Our results showed most adolescents with depression neither told or talked with a healthcare professional about depression symptoms nor received pharmacologic treatment from 2015 through 2020,” noted lead author Professor Renee D. Goodwin, of The City University of New York.
News Articles
More Articles All Articles
About