News Staff
The biggest cause of bee die-offs is just random luck. For as long as bee numbers have been reported there have been reports of sudden, large-scale die-offs. Nature is out to kill them like it is all of us. Yet more recently, it has been found that we can help bees make their own luck. Pesticides wipe out varroa mites, the greatest enemy bees have.

A new study on how bee pathogens spread shows that agriculture also has a positive impact, a much different scenario than that promoted by environmental lawyers. It used empirical data and mathematical modeling to try and determine how surrounding landscapes might affect the ways that bees and flowers interact, and how interconnected networks of plants and pollinators influence disease spread in bees. 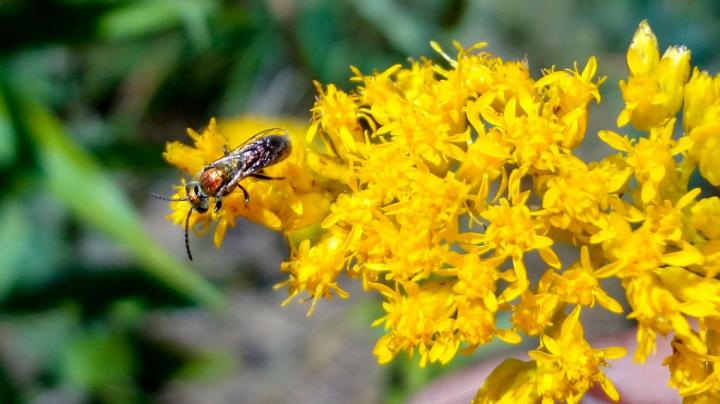 The empirical data came from uniform plots of wildflowers on 11 sites with varying amounts of surrounding farmland that began in 2012. In 2015, the team observed, tracked and recorded which bee species visited which flowers, ultimately describing the interaction patterns of 46 bee species and 13 plant species. They found that the common eastern bumblebee, as the dominant bee species in upstate New York, has a greater influence than other species on disease transmission dynamics.

The majority of bees carry their own demise, so do nearly all flowers

The study found that 65 percent of bee species carried pathogens but so did 75 percent of flower species. As you probably expect, the pathogens are also transmitted between bees and flowers.

This study found the bumblebees' increased diet breadth spread pathogens across many more flowers, she said, which in turn reduced each individual bee's exposure to new pathogens.

The researchers then entered the data from their empirical study into a mathematical model. They found that on a community level, accounting for all bee and flower species, the likelihood of a communitywide outbreak of disease decreased when the network of flowers and bees was highly interconnected, again, because pathogens were diluted across more flowers.

This is especially important when farmers plant wildflower strips to improve pollinator health.

"Potentially," Figueroa said, "we could develop mixtures of wildflower species that can not only maximize food for the pollinators, but can shape interactions in a way that reduce the likelihood of disease spread."
News Articles
More Articles All Articles
About