News Staff
Increased consumption of omega 3 fats is widely promoted because of a recent belief that it will protect against, or even reverse, conditions such as type 2 diabetes.

Fads always start with a kernel of scientific truth, as happened with acai berries, chocolate, red wine, and whatever probiotic or yogurt is being for the microbiome sold this week. Omega 3 is a type of fat and small amounts are essential for good health and can be found in the food that we eat.

But a systematic review commissioned by the World Health Organization and published today in the British Medical Journal finds that omega 3 supplements offer no benefit.

Unlike Type 1 diabetes, a genetic condition, type 2 diabetes develops when the body becomes resistant to insulin or the pancreas becomes unable to produce enough insulin. it is primarily a lifestyle disease caused by being overweight and inactive.

Companies touting quick fixes, and the researchers who enable them, have made enough claims in mice and using statistics that government panels, inevitably made up of people who are experts because they make these claims, even choose winners and losers in food and the supplement market by recommending some of these products. 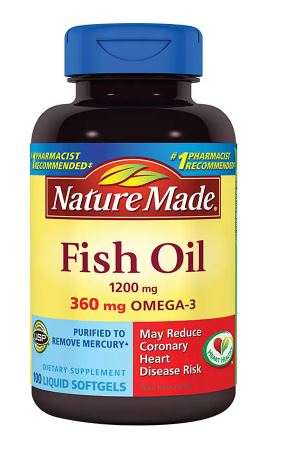 Just because you can buy this at Walgreens doesn't mean you should.

The science is not there.

Despite 58,000 participants being randomized into long-term trials, among the 4 percent of those participants developing diabetes, the people who were randomized to consume more long-chain omega-3 fats (fish oils) had the same risk of diabetes diagnosis as the control group who did not take more fish oil. This is about the same as the hype that led to Americans creating an artificially low A1C level for a manufactured conditions called "pre-diabetes." At that level, so low it is noise, it has no clinical relevance.

Blood glucose, insulin and glycated haemoglobin, measures of how well our bodies handle sugars (glucose metabolism) and important measures of diabetes risk, are also similar in people taking and not taking additional fish oils. There was a consistent lack of effect of fish oils (long-chain omega-3 fats) on any of these factors related to diabetes risk.

Instead, there was even evidence that when people take high doses of fish oils they may experience worsening glucose metabolism.

The main types of omega 3 fatty acids are alpha¬linolenic acid (ALA), eicosapentaenoic acid (EPA), and docosahexaenoic acid (DHA). ALA is normally found in fats from plant foods, such as nuts and seeds (walnuts and rapeseed are rich sources). EPA and DHA, collectively called long-chain omega 3 fats, are naturally found in fatty fish, such as salmon and fish oils including cod liver oil.

The research team assessed the effects of long-chain omega-3 fats, ALA, omega-6 and polyunsaturated fatty acids (PUFAs) - taken as supplementary capsules, or via enriched or naturally rich foods.  The systematic review combines the results of 83 randomized controlled trials involving 121,070 people with and without diabetes, all of at least six months duration.

Participants included men and women, some healthy and others with existing diabetes, from North America, South America, Europe, Australia and Asia, in studies published from the 1960s until 2018.

The research assessed the effects of increasing long-chain omega-3 fats, ALA, omega-6 and polyunsaturated fatty acids (PUFAs) on diabetes and glucose metabolism.

Participants were randomly assigned to increase their polyunsaturated fats or to maintain their usual intake for at least six months. There was clearly no effect of increasing long-chain omega-3 fats on diabetes, but there was insufficient information from trials of ALA, omega-6 or total polyunsaturated fats to assess either protective or harmful effects.

The reviewers double-checked their data using sensitivity analyses. For example, they checked that the results did not alter when only the very highest quality trials (those at least risk of bias) were included. They used subgrouping to check whether results differed with different doses of long-chain omega-3 (not finding different effects at different doses except a suggestion of harm at doses over 4.4 grams per day) or by trial duration (there was no suggestion of different effects in longer or shorter trials).

The results show that increasing long-chain omega-3 had little or no effect on diabetes diagnosis or glucose metabolism, but high doses, at levels found in some supplements, could worsen glucose metabolism.
News Articles
More Articles All Articles
About