News Staff
Micronutrient deficiencies pose health problems for a third of the world's population. Worldwide, zinc deficits are more problematic in the rural areas of developing countries, where diets are largely limited to vegetable products grown in soils suffering from low nutrient availability.

Biofortification, the process of bolstering the nutritional value of crops by increasing the concentration of vitamins and minerals in them, has arisen as a remedy for this problem.  Recent trials determined that foliar application, applying liquid fertilizer directly to leaves instead of the soil, boosted the zinc content of wheat grain by up to 50 percent. 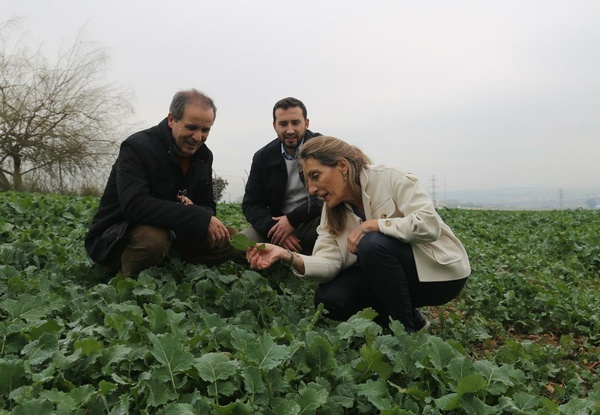 While application to the soil was not very effective, foliar application, or feeding, was shown to be a very efficient strategy to increase the zinc content in plants, "augmenting the concentration in grains up to 50%," says the researcher. That is, foliar application was shown to be much more effective, as, with just a tenth of the product (1.28 kg per hectare) better results were obtained than when applied to the soil.

Taking into account the variety of wheat, this direct application to plants was more effective after the start of growth or during flowering.

Nourishing the plant itself, and not the soil, thus, was demonstrated to be an effective way to tackle the problem of zinc deficits in calcareous soils in the short term. In addition, if at some point wheat were purchased based on its nutritional content, growers could see increases in their profits.
News Articles
More Articles All Articles
About