News Staff
Bees have tiny brains but that is all relative; It seems they also possess complex number skills.

Lots of animals count as shown by how many engage in foraging, shoaling, and resource management arithmetic, addition and subtraction, is rare, only a few nonhuman vertebrates do it.

A new study found that honeybees learn to use blue and yellow as symbolic representations for addition or subtraction and used this information to solve unfamiliar problems involving adding or subtracting one element from a group of elements. Humans have long-term rule memory and shorter working memory but bees?  Yes, in a sense. They understand left/right and up/down and the capacity for counting and number discrimination when trained.

But this was acquiring understanding of numerical rules of “greater than” and “less than” and subsequently applying those rules to demonstrate an understanding that an empty set, zero, lies at the lower end of the numerical continuum, which puts them in the company of parrots and monkeys. 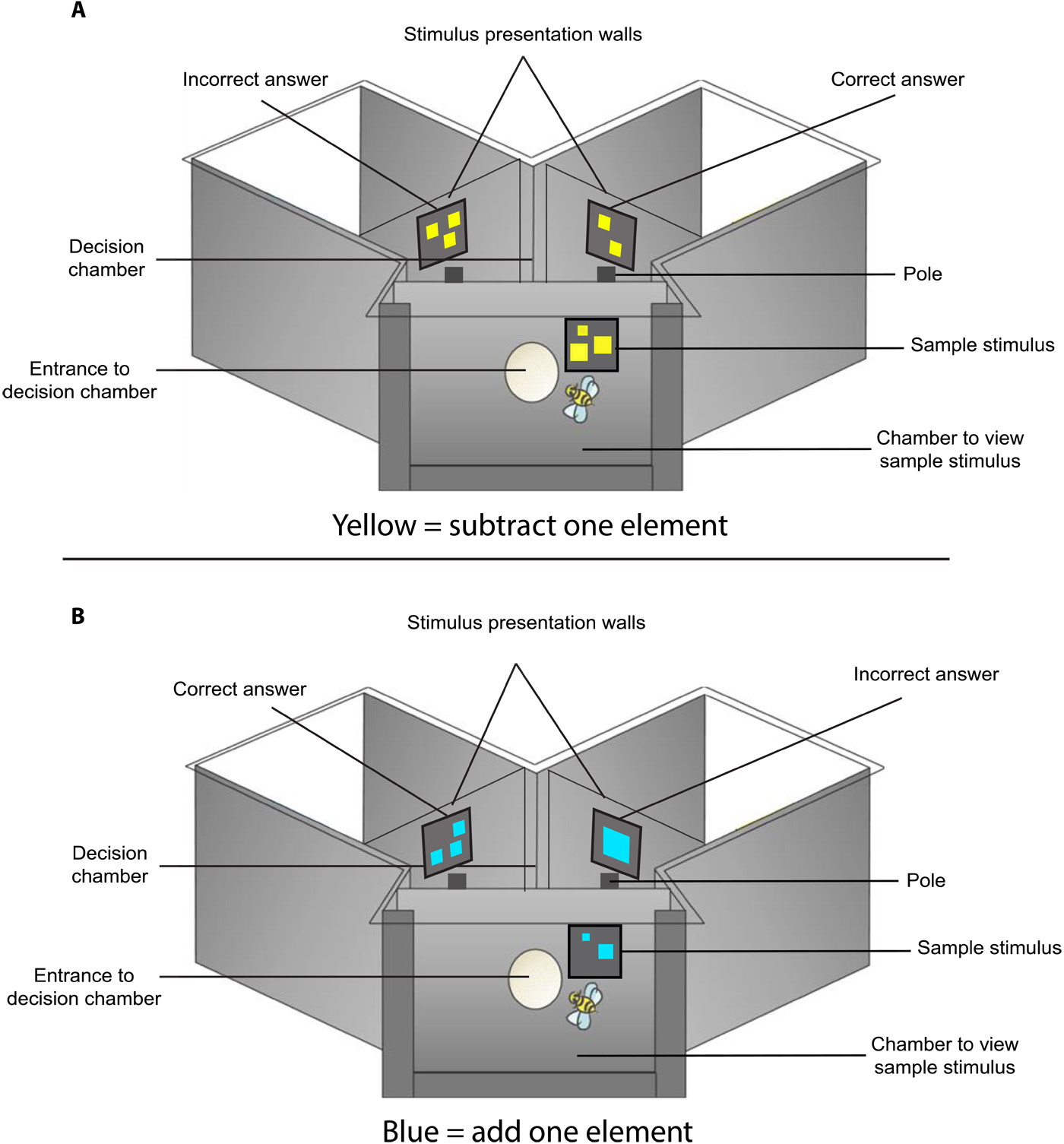 Experimental apparatus used to train and test free-flying bees on their capacity to learn addition and subtraction. Apparatus setup for (A) subtraction and (B) addition trials. Diagram shows parts of the Y-maze and the stimuli positions. When the bees view a yellow sample stimulus (A), they must subtract one element from it, and when the bees view a blue sample stimulus (B), they must add one element to it. (Not visible in this diagram is the entrance wall into the first chamber). Credit: DOI: 10.1126/sciadv.aav0961

Advanced numerical cognition may be more common than previously believed

The bees had to perform the arithmetic operations in working memory and thus had to be taught to recognize colors as different operations — yellow was subtraction and blue was addition and they correctly learned that three blue shapes meant the correct answer would be one greater (four) while two yellow shapes meant the correct answer was one fewer (one.)