News Staff
It was said there was a 'rainbow wave' of LGBTQ voters after the Trump presidency and a new survey analysis set out to find what makes them tick.  To do so, authors distilled results a nationally representative sample of U.S. adults collected by Survey Sampling International after the November 2018 polls.

They hoped to gain a deeper understanding of the political motivations of LGBTQ people and identify sexual, gender and queer identity gaps in liberalism.

The authors found both. Tensions between trans individuals and liberalism were evident, while confirming lesbian/gay liberalism, and illuminating three additional groups of liberals: pansexual, non-binary, and queer individuals. These patterns support 'luminous lavender liberalism' among the political perspectives of LGBTQ people and mean that if Democrats want  to continue to have the biggest umbrella they will need to listen to their constituency and not just expect their votes. 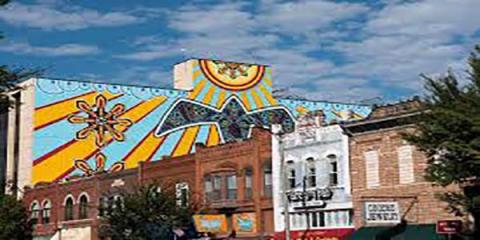 "Within the LGBTQ community, political perspectives among many groups are underexplored. The phrase 'rainbow wave' itself is a broad sweeping term for LGBTQ people's voting patterns yet few have taken the time to critically consider the accuracy of this phrase," said Meredith Worthen, sociology professor at the University of Oklahoma. "This study goes beyond the few studies that focus only on heterosexual vs. LGB (lesbian, gay and bisexual) people to include the sexual identity gaps in political perspectives of other sexual groups (pansexual vs. gay/lesbian; asexual vs. bisexual.)"
News Articles
More Articles All Articles
About