An immune checkpoint molecule, SA-4-1BB developed for cancer immunotherapy also protects against future development of multiple types of cancer when administered by itself, shows a new study.

The recombinant protein molecule SA-4-1BBL has been used to enhance the therapeutic efficacy of cancer vaccines with success in pre-clinical animal models. It accomplishes this by boosting the effectiveness of CD8+ T cells, adaptive immune cells trained to target the tumor for destruction. When the researchers treated normal healthy mice with SA-4-1BBL alone, the mice were protected when the researchers later exposed them to different types of tumor cells.

The researchers have determined that the molecule generates a tumor immune surveillance system through activation of what are known as CD4+ T cells and innate NK cells, thereby protecting the mice against various cancer types they have never had. This function is an indication of the molecule's effectiveness in cancer immunoprevention.

In the research, mice that had never had cancer were treated with SA-4-1BBL alone, then challenged with cervical and lung cancer tumor cells at various time intervals. The mice showed significant protection against tumor development, with the greatest protection when challenged two weeks after treatment with SA-4-1BBL. The cancer immunoprevention effect generated by SA-4-1BBL lasted more than eight weeks.

Additional testing showed that CD8+ T cells were not required for the protection, but when CD4+ T and NK cells were eliminated in the mice, protection failed, indicating these two cell types were necessary to achieve the effect. The lack of necessity for CD8+ T cells indicates the process is not one of conventional acquired immunity.

"We are very excited about the cancer immunoprevention possibilities of this molecule. Its effectiveness is not tumor specific, and as a natural ligand, it does not cause toxicity, as is found with 4-1BB agonist antibodies. Plus, the fear of autoimmunity is highly minimized, as evident from our data, because it is activating the innate immune cells," said Esma Yolcu, Ph.D., associate professor at UofL and co-author of the study. 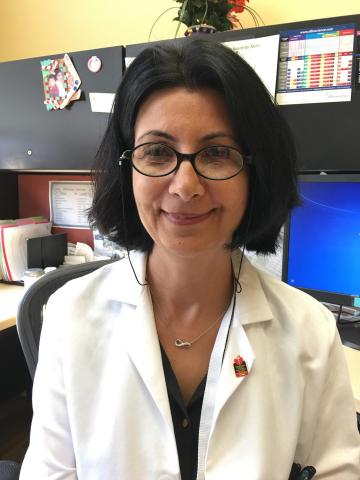 Immune checkpoint stimulators and inhibitors are major regulators of the immune system and work in a similar fashion to the "brake" and "gas" pedals in a vehicle. Cancer evades the immune system by various means, including immune checkpoint inhibitors, which apply the brake on the immune response against a tumor. Stimulators, on the other hand, serve the accelerator function, improving immune responses against cancer.

Drugs to block the action of immune checkpoint inhibitors already have shown therapeutic efficacy for several cancer types in the clinic and are approved by the Food and Drug Administration (FDA). According to Shirwan, the focus now is on immune checkpoint stimulators.