News Staff
Anopheles stephensi, a malaria disease vector, is normally found in the Middle East, Indian Subcontinent and China. But now it has been found in Ethiopia, where over 68 percent of the population is already at risk for malaria and an average of 2.5 million cases are reported annually. The highest levels of malaria transmission are observed in the north, west and eastern lowland of Ethiopia, and varies with altitude and rainfall. In the eastern lowlands, such as Afar and the Ethiopian Somali Regional State, malaria is endemic along the rivers, where small-scale irrigation activities are practiced for agricultural purposes.

Only certain species of mosquitoes of the Anopheles genus — and only females of those species — transmit malaria. They are truly just disease vectors that have survived evolution despite having no value. They could be wiped out and there would be no ecological repercussions except fewer dead people. To date, 44 species and subspecies of anopheline mosquitoes have been documented in Ethiopia, with the predominant malaria type being Anopheles arabiensis. 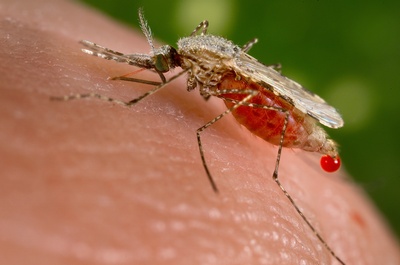 Throughout November and December 2016, researchers from Jigjiga University in Ethiopia collected mosquito larvae and pupae from water reservoirs in Kebri Dehar, an eastern Ethiopian city in the Ethiopian Somali Regional State. These larvae were reared to adulthood. Subsequent review of the morphological data confirmed findings from the genetic analysis.

It is unclear how effective the Anopheles stephensi is in delivering a single-celled parasite that can trigger different forms of malaria. And in the case of the discovery in Ethiopia, if Anopheles stephensi carries malaria parasites or even if it's been there for a while or has just recently been introduced.

If Anopheles stephensi's propensity for feeding indoors is observed in Ethiopia, different malaria control strategies may need to be implemented, such as insecticide-treated bed nets and indoor residual insecticide spraying. DDT is banned in the U.S., as an example, but that was for political reasons. It remains very effective in the fight against malaria and the U.S. government writes the guidelines for spraying it inside homes, even though it is not allowed here.
News Articles
More Articles All Articles
About