Medical Societies Have Alarming Government Influence And Are Often Biased Toward Themselves
By News Staff | March 18th 2019 07:21 AM | Print | E-mail

News Staff
It won't be a surprise if you believe that most surgeons promote surgery - for you. For themselves, they're a little more cautious. It's no different than a real estate person who tells you to list your house at a lower cost than they would list it for themselves - their commission is 2-5% on your sale so moving a house faster is more important to them than if it was their own home, where they'd get up to 100% of the additional revenue and wait a little longer to get the higher price.

Yet real estate agents don't determine banking policy. However, in the United States medical and medical education societies have that kind of unrealistic influence inside government agencies such as the US Centers for Disease Control and Prevention (CDC). The American Diabetes Association (ADA) has a $170 million budget yet it and other advocacy groups, along with medical societies, determine the bulk of the positions of our CDC. It's why the CDC has spent this century promoting a condition ADA calls "prediabetes" while the rest of the world wishes the United States would stop inventing diseases so nonprofits could raise money pledging to stop epidemics that don't exist.

Why does the National Comprehensive Cancer Network recommend prostate-specific antigen (PSA) screening for healthy men aged 45 and older while the Canadian Task Force on Preventive Health Care and the European Society for Medical Oncology recommend against PSA screening for men at all? The American group has 25 urologists on its 32-member guideline panel for prostate cancer. They are going to get 75% of every vote. 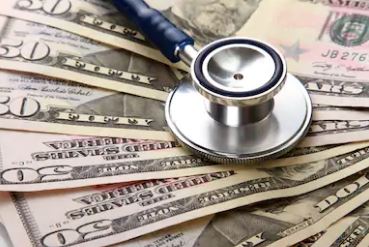 With health care insurance costs ballooning for Americans overdiagnosis and overtreatment and even more causes for increasing health care costs are unwelcome but with government panels overtaken by groups who claim the most expertise, that has been happening. A new analysis finds that medical societies are often biased and the more specialized the greater the skew. While a general confluence of doctors will have some skepticism, the American Academy of Pediatrics won't, and we'll end up getting recommendations that kids not walk to school until they are 12 placed into government guidlines which the public sees as law. "Legal age to walk to school" now has 100,000,000 results in Google search because parents see a society recommendation like they see a legal mandate - because they are often intertwined.

Kids are at alarming levels of obesity due to lack of exercise and AAP making them afraid of the outdoors increases that fear of the world - which then leads AAP to tell the American government to tell all doctors they should "prescribe" going outside, the very thing AAP discourages. Letting kids play without being micromanaged has become a maverick lifestyle deemed controversial by the New York Times.

It isn't just organizations like AAP or ADA, which invent problems to solve, that lead to bias in government decisions. The type of health care system, such as fee-for-service, can also affect the type of recommendations, with specialists in such a system recommending more intensive diagnostic and treatment guidelines. Fee-for-service conflicts can be created by noting that if 75% of their members want something it is evidence-based clinical practice.

"More is not necessarily better in medicine," write the authors. "If anything, patient outcomes may be worse the more "care" they receive. Every medical test, procedure and treatment adds risk against potential benefit, and some may lead to more harm than good."
News Articles
More Articles All Articles
About