The ripples generated by chemical reactions, especially when catalyzed - accelerated by substances not themselves consumed - propagate long-range. This challenges the view that molecular motion and chemical reaction reactions affect only the nearby vicinity. 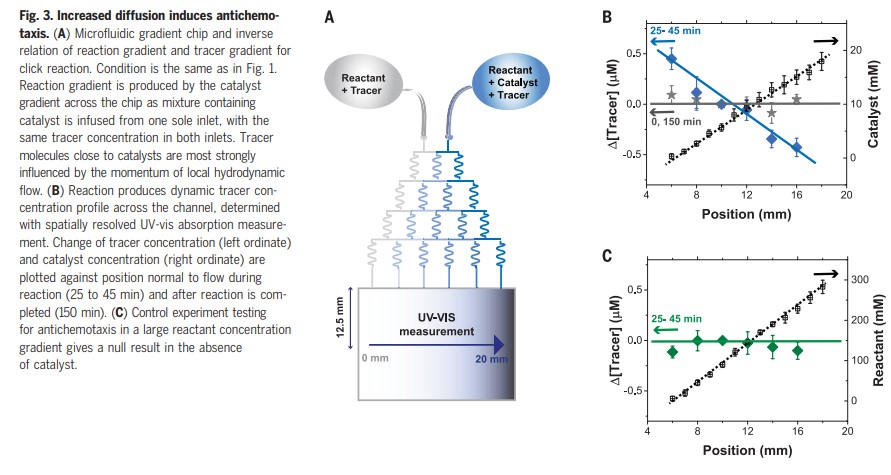 If a majority of all products manufactured require catalysis somewhere in their production sequence, then this could have real-world implications.

In designing their study, the researchers were inspired by noticing that motion can be powered by enzymes and other molecular motors that are prevalent in living systems - but there is no consensus among scientists if these reports could be correctly extended outside biology. Analyzing the problem, the researchers hypothesized that the phenomenon would form an approach to understand molecular machines in the real world.

The team created guidelines showing that the magnitude of diffusion increase in different systems depends on the energy release rate. These guidelines can be useful practically to estimate the effect in as-yet untested reactions.

To observe that molecules are energized by chemical reaction is “new and unknown,” said Steve Granick, Director of the Institute of Basic Science. “When one substance transforms to another by breaking and forming bonds, this actually makes the molecules move more rapidly. It’s as if the chemical reactions stir themselves naturally.”
News Articles
More Articles All Articles
About