News Staff
Surveys sought to find out how common suicidal ideation and mental health disorders were during combat deployment and to examine the associated risk factors. Some of the greatest risks were being white, having past non-combat trauma, and past major depressive disorder.

Of the 3,957 U.S. Army soldiers deployed in Afghanistan who completed the Army Study to Assess Risk and Resilience in Servicemembers (weighted to represent all 87,032 soldiers serving in Afghanistan) at the midpoint of their deployment in 2012, 11.7 percent reported suicidal thoughts at some point in their lives, 3 percent within the past year and 1.9 percent within the past 30 days.
The pool was over 87 percent male and over 52 percent were age 29 or under. 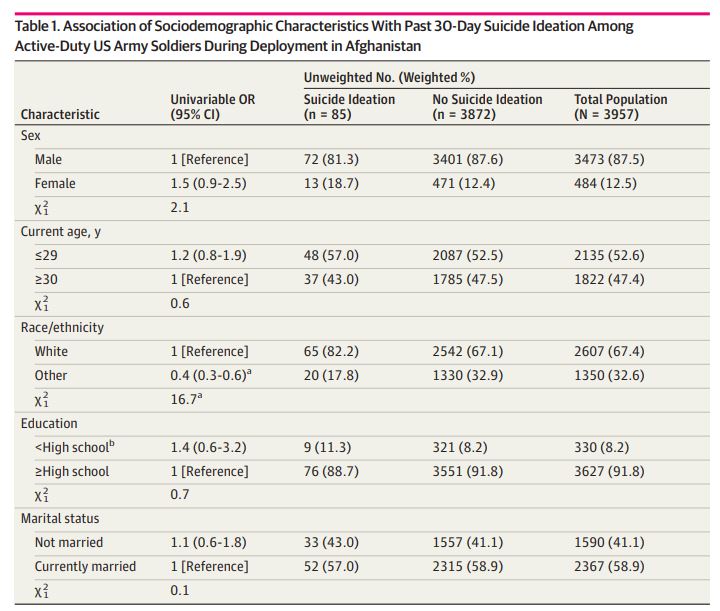 The midpoint of deployment was chosen for assessment of soldiers’ self-reported suicidal ideation and mental health disorders because that is when risk for suicide attempts appears to peak.