News Staff
A small survey in Australia (n=442) found that more than half of car drivers think cyclists are not really human, and many admit to intentionally driving too close to them.

The survey says it is the first to look at a road-user group with the problem of dehumanization, which is typically studied in relation to attitudes towards racial or ethnic groups. The authors state that cyclists have been conceptualized as a minority group and a target of negative attitudes and behavior - but if drivers can put a human face to cyclists, researchers say it could reduce aggression directed at cyclists and road trauma involving riders.

The survey's 442 respondents in Victoria, New South Wales and Queensland identified people’s attitude to cyclists and whether they were cyclists or non-cyclists themselves. They were then given either the iconic evolution of ape to man image, or an adaption of that image showing the stages of evolution from cockroach to human. The insect-human scale was designed for the study because of the many informal slurs against cyclists comparing them to “cockroaches” or “mosquitoes.” 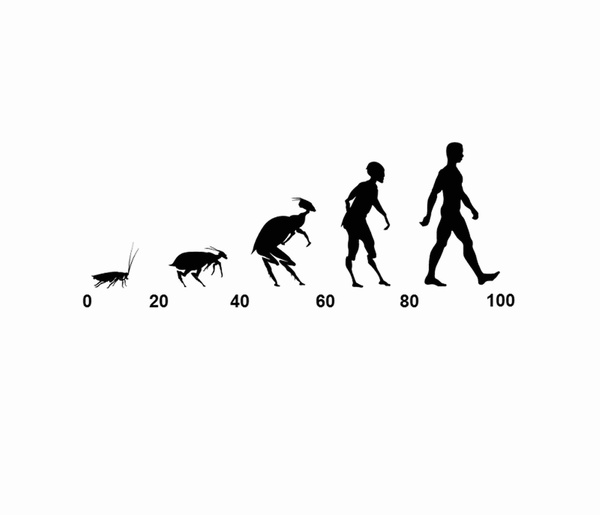 Co-author of the paper and CARRS-Q Centre Director Narelle Haworth said the study revealed that the problem of dehumanization on the roads was not just a case of car driver versus cyclist. “The bigger issue is that significant numbers of both groups rank cyclists as not 100 per cent human. Amongst people who ride, amongst people who don’t ride, there is still people who think that cyclists aren’t fully human. The dehumanization scale is associated with the self-reporting of direct aggression."