News Staff
Though there is far less economic inequality in America than at any point in history - poor people in America live in more square footage per person than the middle class in France, not to mention the low cost of food, TVs, and cell phones - there is a longing in some quarters to reduce it at the fringes. There are complaints, for example, that the .00001 running companies make high multiples of what the average employee gets.

Yet economic inequality has been around for as long as humans have done more than forage for food. Some even insist that economic inequality happened because of agriculture. Yet the evidence does not show that to be true. The surge in prehistoric inequality does trace its economic origins back to the adoption of ox-drawn plows, which some take as an indictment of agriculture, but it was not agriculture per se that ushered in substantial wealth inequalities, it was instead instead that a transformation of farming made land more valuable and labor less so.

Oxen were the robots taking jobs from people 7,000 years ago

Ox drawn plows mindlessly did the jobs of up to 10 people and 7,000 years ago they caused a decoupling of wealth from labor - which led to wealth inequality. If you worked on a farm prior to that, you were vital, but with oxen the land was valuable, and fewer people were needed. 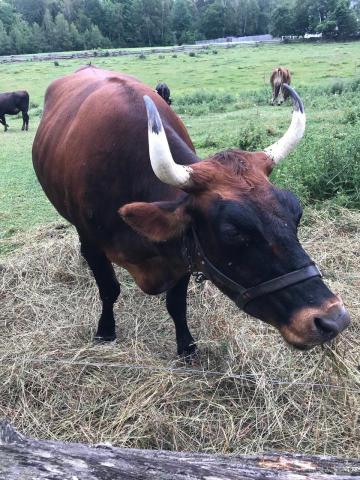 If it sounds silly today to lament that oxen were taking the jobs of people 7,000 years ago, it is easy to see why robot concerns are equally mundane. Human progress did not collapse due to oxen, food instead became cheaper and when that basic necessity was met we got written language and then art and culture.

Oxen displaced human workers, so they brought economic inequality. When all people worked in the field or in hunting, there was no economic weight to any individual.  The labor of one person might be more than another, but not enough to change economies. Yet an ox allowed one person to work 10X as much land, which made the land and the ox the asset. If you didn't have those, you were a have not economically. By the time the Assyrians had a giant army to feed, agriculture was booming and people who didn't own the oxen managed them, or built stuff for people who owned them. But the steep increase in inequality in Eurasia was much earlier, around 4,000 BC -- and that was several millennia after the advent of agriculture.

"The surprise here isn't so much that inequality takes off later on, it's that it stayed low for such a long time," says lead author Amy Bogaard, an archaeologist based at the University of Oxford who is also an external professor at the Santa Fe Institute.

Before around 4,000 BC, societies across the Middle East and Europe cultivated a patchwork of small garden plots, which Bogaard likens to present-day "allotments" in the UK. Families would have grown a variety cereal grains, as well as lentils, peas, and other pulse crops that needed to be harvested by hand. Notably, they would have tilled the soil by hand using hoes, in some cases also with the help of unspecialized cattle (such as aging milk cows) to pull plows, and carefully monitored their gardens during the growing season to protect them from wild animals. "It was quite a busy landscape, with lots of people working in and around these garden plots."

Then something changed. Farmers who were well resourced enough to raise and maintain specialized plow oxen saw new opportunities in farming additional land. A single farmer with an ox team could cultivate ten times or more land than a hoe farmer, and would begin to acquire more and more land to cultivate. Those who owned land and ox teams also began to opt for more stress-tolerant crops, like barley or certain kinds of wheat, that didn't require much labor.

By the second millennium BC in many farming landscapes fields stretched to the horizon, and societies were deeply divided between wealthy landowners, who passed their holdings on to their children, and land-poor or landless families.

"So long as labor was the key input for production, inequality was limited because families did not differ much in how much labor they could deploy to produce crops, " Fochesato explains. "But when the most important input became land, differences between families widened because land and other material forms of wealth could be accumulated and transmitted over generations. By chance, or force, or hard work, some families came to have a lot more than others. Then radical inequality arose."
News Articles
More Articles All Articles
About