Hank Campbell
In the early days of agriculture, everyone was somewhat equal. While one farmer could work harder or longer than another, it wasn't by an order of magnitude. Oxen and other beasts of burden changed that. A farmer with an ox was doing the work of 7 humans, and that meant a huge advantage over someone who didn't agree with progress - that the old ways were the only way to have "real" food. Thus began economic disparity, as did modern civilization. When not everyone had to hunt and grow their own food, they didn't. They could become craftsmen and priests and mathematicians. Culture was born.

What about health? The ancient world didn't have many health fads, no one randomly chose to stand all day or eat hard bread because of weird statistical correlation, but even without fads if you didn't die as a child you were likely to live to an age you'd live at now if you never saw a doctor an didn't die due to bad luck. Modern doctors and prescription medications are why people live longer and health can be statistically mapped to wealth. While you are no less likely to get cancer, for example, you are more likely to have it diagnosed earlier if you are wealthy. 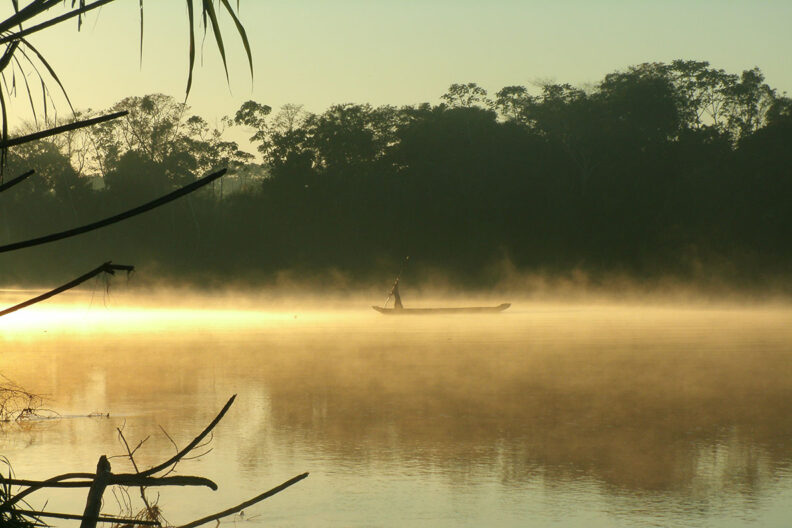 Yet even though economic disparity today can be statistically linked to health outcomes there are so many variables the data may also be dredged. A new paper tries to make those kinds of epidemiology claims more scientific by only looking at the Tsimane people of Amazonian Bolivia - where there are no rich people but there is still economic disparity. Social science scholars filtered out 13 criteria and matched them to 40 Tsimane communities and each person’s relative wealth. Well, filtered through rich nation ideas of the degree of inequality in each community. There are a lot of confounders in that, obviously; if you live in a city and the government gives you $1 a day, you are far more wealthy than someone rural who grows their own food but gets no money, yet probably less healthy. Foreign anthropologists looking at data won't be able to detect that, they have to rely on doctors who visit those places once a year and write down what they find.

Having relatively wealthy academics and doctors subjectively impose western ideas of inequality in poor nations is likewise subject to bias, as are the methods themselves. How accurately did people in these communities assess their own health? How did the social scientists verify it if some villagers claimed they were depressed? Did the same doctors visit the same people all 15 years? Did all 40 communities have equal opportunity for diagnosis? They have no idea, and the Tsimane Health and Life History Project is not designed to answer that, it is designed to keep poor people healthier. If you choose to use cortisol as a metric of health, you can, but does that mean their stress levels are related to having to fish and forage for food?

To me it would be. When I was young and on a subsistence farm, it was stressful, even though our food was organic long before organic was a wealthy lifestyle fad. We weren't rich people who bought a farm to get 'back to the land', it was our lives and therefore it was a bad winter if we didn't produce. Since the authors found Amazonian people had higher blood pressure and respiratory disease even if they were only slightly better off, and this is a foraging culture, it is clearr that some humans stress out over it more, and likely work more to alleviate their stress, but even with plenty of exercise and a natural diet they will have proxies that western academic suggest are a risk for worse health.

That tells you the problem with epidemiology, where one group can show that Hispanics have higher obesity and diabetes while another can show they live longer. It leads to conclusions few in science accept: it's a paradox.

The science reality is we are programmed to die; the goal of science is to, as I phrased it in my book on mitochondria, "square the curve." Instead of a slow descent into infirmity starting at age 80, we should seek to live good lives until things just go badly for the last 6 months and we're gone. That will take science. Claiming a certain process for food or government mandating economic status accomplishes that is just statistical wishful thinking. If you wanted to show your belief in kale prevents cancer, you had to start taking it 30 years ago and have someone else who matched you in all ways except not eating kale - and have 500 exact duplicates.

Diet claims are, however, easy.

You aren't going to live longer by mimicking one or two behaviors of people who still have semi-ancient lifestyles any more than you can live longer by acting like a celebrity. But using statistical correlation you can claim to show anything, like that bacon is as hazardous for your health as plutonium or that broccoli will help you live longer.

Their take home message is that income inequality is not a universal link to health inequality. It could be in rich countries that poor people can have poor health because for the first time in the history of the world they could still afford to be fat. That's not great but it is less stressful than watching your family die from starvation.
Science 2.0
More Articles All Articles
About