News Staff
If you are an artist, you will need a much different bionic arm than a soldier and a new waypoint on the road to interchangeable bionics has been developed.

During the surgical procedure, a titanium implant was placed in the bones on the upper arm of male patients who had upper-arm amputationsand the nerves were wired with a novel system so that signals arrive directly in the prosthesis, as it were, and are conducted back again from there. The system is self-contained and everything takes place directly in the arm. The battery inserts directly into the prosthesis and can easily be removed in the evening for recharging. 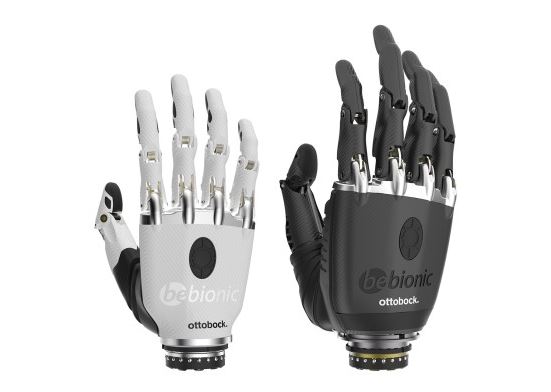 Information runs into the prostheses from Otto Bock Healthcare Products and are directly coupled to the appropriate neural pathways to create this user-friendly "Plug and Play" system. Signal transmission from the prosthesis into the stump and via specific nerve interfaces onwards to the person's brain is so detailed that the patient is able to perceive individual fingers of the prosthesis in real time.

In previous bionic reconstructions, patients needed weeks or even months of training before they could use a prosthesis properly.