News Staff
As of now, 18 states have legalized recreational marijuana use while 36 have 'medical' cannabis laws but there is still debate about how cannabis may affect the abilities, real and perceived, of drivers under the influence.

A two-year randomized trial, conducted at the Center for Medicinal Cannabis Research (CMCR) at University of California San Diego School of Medicine hopes to add some science to the anecdotes. Researchers recruited 191 regular cannabis users to partake of cannabis containing different levels of delta-9-tetrahydrocannabinol (THC), the psychoactive compound in cannabis or a placebo immediately before a series of driving simulation tests over several hours.

Compared to participants who took the placebo, the THC group (who had smoked a cannabis cigarette with either 5.9 percent or 13.4 percent THC as they would “do at home to get high”) displayed significantly diminished ability on a Composite Drive Score (CDS) that assessed key simulated driving variables, such as swerving in lane, responding to divided attention tasks and following a lead car. 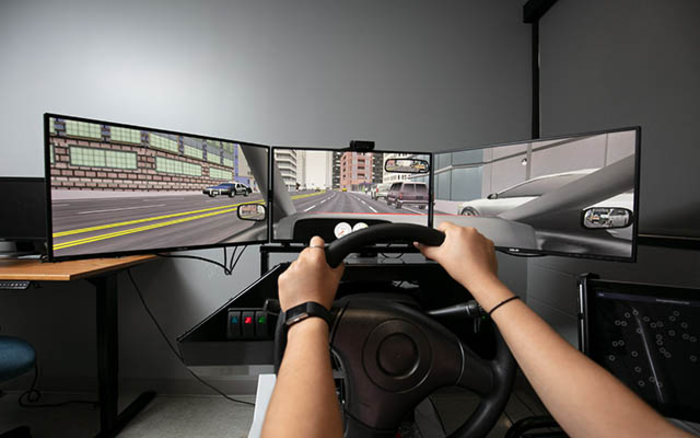 However, not all individuals displayed significantly diminished driving skills compared to the placebo group; researchers said approximately 50 percent could be described as “impaired.”

Importantly, said the study authors, driving scores did not differ based on THC content of the cigarette, both the 5.9 percent and 13.4 percent groups performed similarly, suggesting that users “self-titrated” by smoking in such a way to achieve similar highness levels.

Also, the group with the highest use-intensity cannabis in the past six months attained significantly higher blood THC concentrations after smoking, but performed no worse than those with lower THC concentrations, indicating behavioral tolerance.

However, they appeared to compensate by ingesting more THC and thus performed no better than less frequent users.