News Staff
In some good news for 2020, it is confirmed that SARS-CoV-2, the 2019 form of coronavirus that has led to worldwide COVID-19 disease, is not transmitted by mosquitoes, so ecologically useless disease vectors like Aedes aegypti, that carry so many other diseases, can't get blame for the spread of this one during the summer season.

The World Health Organisation had already said mosquitoes did not transmit it, but they also claimed that it did not spread human-to-human and that China was a reliable source of data, so their credibility is suspect. While their hand-picked epidemiologists may trust the word of dictatorships, scientists elsewhere don't, so the new study is the first independent assurance that mosquitoes won't make this worse. 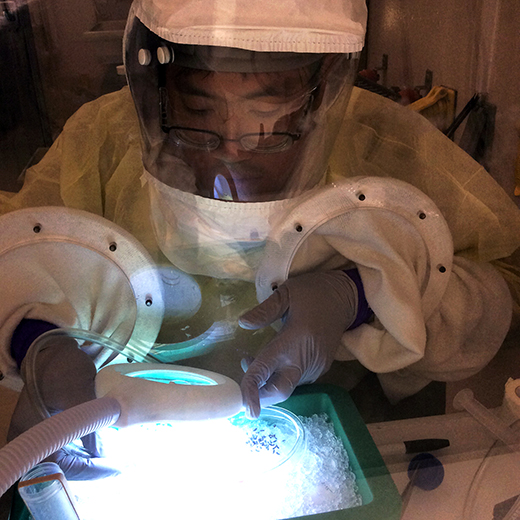 A reliable analysis done at the Biosecurity Research Institute, a biosecurity level-3 facility, found that the virus is unable to replicate in three common and widely distributed species of mosquitoes; Aedes aegypti, Aedes albopictus, and Culex quinquefasciatus. So it cannot be transmitted to humans.

Research at the Biosecurity Research Institute has been ongoing with other animal pathogens that can be transmitted from animals to people, including Rift Valley fever and Japanese encephalitis, as well as diseases that could devastate America's food supply, such as African swine fever and classical swine fever. The research was in part supported by the National Bio and Agro-Defense Facility Transition Fund provided by the state of Kansas.
News Articles
More Articles All Articles
About