That conclusion was derived by estimating salt-marsh vulnerability using the geological record of past losses in response to sea-level change. Data from 800 salt-marsh soil cores showed that rising sea levels in the past led to increased waterlogging of the salt marshes in the region, killing the vegetation that protects them from erosion.

Coastal wetlands are important because they provide vital ecosystem services, they act as a buffer against coastal storms to protect the mainland, and can be a filter for pollutants in order to decontaminate our fresh water. They are often also biodiversity hotspots. Salt marshes can be an important transitional habitats between the ocean and the land, and a nursery area for fish, crustacea, and insects. 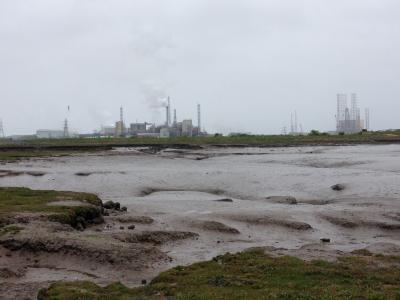 "By 2100, if we continue upon a high-emissions trajectory, essentially all British salt marshes will face a high risk of loss. Reducing emissions significantly increase the odds that salt marshes will survive," said study co-author Robert E. Kopp, who  led the development of the study's sea-level rise projections and is a professor in the Department of Earth and Planetary Sciences at Rutgers-New Brunswick.

The paper also estimates that salt marshes in southern and eastern England face a high risk of loss by 2040.
News Articles
More Articles All Articles
About