News Staff
The Scandinavian wolf population is a bit of an evolutionary mystery. In the hoped for descent with modification scenario, textbook natural selection, there would be signs that hybrids of dog and wolf have contributed to this population, but none have been found.

Wolf-dog hybrids – crosses between wolf and dog – are known from many parts of the world and have mainly been the result of male dogs mating with female wolves. One such hybrid was found south-west of Stockholm, in 2017; another turned up near Oslo 20 years ago. In the Storting, the Norwegian parliament, the question has been raised of whether the wolves returning to Scandinavia in the 1980s, after they had been virtually exterminated, even had some elements from dogs in their genetic ancestry.

New genetic findings instead find that crosses of this kind do not appear to be involved in the wild wolf population in Scandinavia. The same patrilines that were found in Scandinavian wolves also existed in Finnish ones, but not in wolves elsewhere in the world. 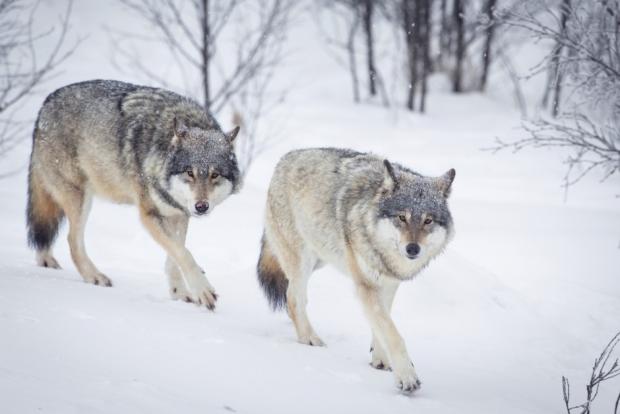 In every mammal, the male-specific Y chromosome is passed on from father to son only. The patrilines (lines of descent) formed can be followed very far back in time, enabling the origin of animals living today to be traced. Linnéa Smeds, bioinformatician and PhD student at the Evolutionary Biology Centre, Uppsala University, surveyed the composition of the wolf’s Y chromosome. Subsequently, she compared Y chromosomes in wolves from Scandinavia, Finland and other parts of the world, and in dogs.

Today, immigration of wolves is regarded as genetically valuable, to counteract the inbreeding that occurs in the Scandinavian wolf population.