News Staff
In Ukraine and the west Russian Plain, there remain mysterious bone circles made from the remains of dozens of mammoths long ago.

About 70 of them are known to exist. One, outside the modern village of Kostenki 250 miles south of Moscow, has been dated to 20,000 years in the past, making it the oldest such circular structure built by humans. A total of 51 lower jaws and 64 individual mammoth skulls were used to construct the walls of the 30 foot by 30 foot structure, now called Kostenki 11, and scattered across its interior. The bones were likely sourced from animal graveyards, and the circle was then hidden by sediment and is now a foot below current surface level.

But why? And why did they stay? Archaeologists have also found for the first time the remains of charred wood and other soft non-woody plant remains within the circular structure, which means people were burning wood as well as bones for fuel, and the communities who lived there had learned where to forage for edible plants during the Ice Age. 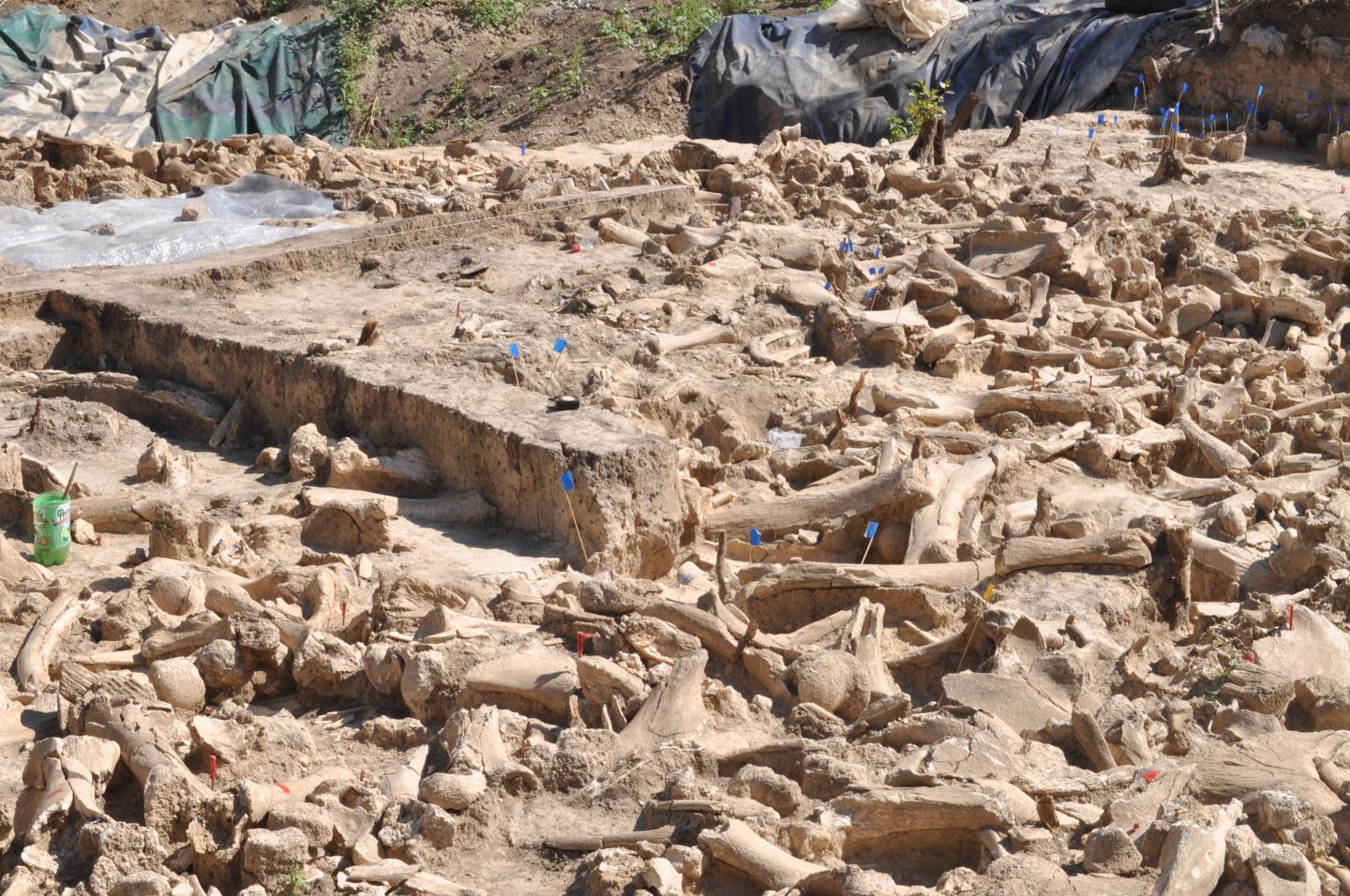 The plants could also have been used for poisons, medicines, string or fabric. More than 50 small charred seeds were also found; the remains of plants growing locally or possibly food remains from cooking and eating. Dr. Alexander Pryor, from the University of Exeter speculates that the mammoths and humans could have mutually come to the area en masse because it had a natural spring that would have provided unfrozen liquid water throughout the winter - rare in this period of extreme cold.

This was during the coldest and most severe stage part of the last ice age, which impacted northern Europe from 75,000 until 18,000 years ago, and yet the Kostenki 11 was built at its worst. Summers were short and cool while winters were long and cold, with temperatures frequently below 0 degrees. Most communities left the region, so eventually the bone circles were also abandoned as the climate got colder and more inhospitable.

Most other places at similar latitudes in Europe had been abandoned by this time, but these groups had managed to adapt to find food, shelter and water.

The new study adds a new wrinkle as to what their purpose was. Kostenki 11 could not have been a long term base camp site. Yet 300 tiny stone and flint chips just a few millimeters in size indicate that residents knapped stone nodules into sharp tools with distinctive shapes used for tasks such as butchering animals and scraping hides.
News Articles
More Articles All Articles
About