News Staff
Scientists have sequenced the genome of the tuatara, a single species reptile which originated in the Triassic period around 250 million years ago but is now only found in New Zealand, and it revealed an unusual architecture - it is mammal and reptile.

Its genome shares features with those of mammals such as the platypus and echidna. 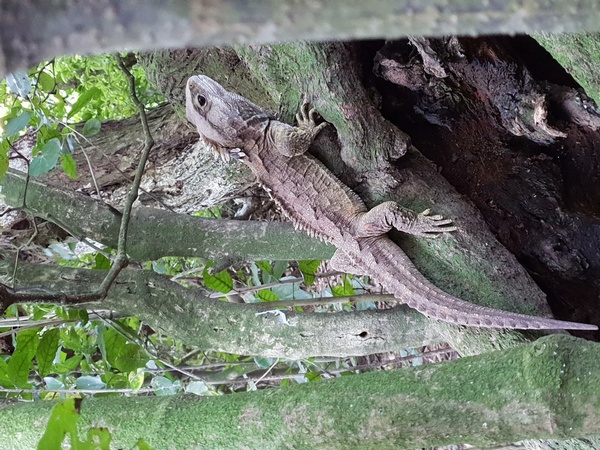 "The tuatara genome contained about 4% jumping genes that are common in reptiles, about 10% common in monotremes (platypus and echidna) and less than 1% common in placental mammals such as humans," said Professor David Adelson of the University of Adelaide's Department of Molecular and Biomedical Science.

With no close relatives, the position of tuatara on the tree of life has long been contentious. The research places tuatara firmly in the branch shared with lizards and snakes, but they appear to have split off and been their own species for around 250 million years - an enormous amount of time given primates only originated around 65 million years ago, and hominids, from which humans descend, originated approximately six million years ago.
News Articles
More Articles All Articles
About