News Staff
Once upon a time, non-fat milk (the cream removed) was only used for fattening pigs. It was clearly a technological process to remove the cream but it is not considered "unnatural" - in 2012, the Obama administration even told schools to start serving it as a healthier alternative to regular milk. Meanwhile, the same administration delayed a salmon because it had a gene from a similar salmon that would allow it to grow all year 'round. The second technology was "unnatural."

"Natural" has been a marketer's dream. Because it can mean anything you want, if you just convince people your definition is correct. It has also been used to demonize the competition. Organic food marketing has leveraged “the magical law of contagion” - that the presence of any trace thing is dangerous. So one gene from a Chinook salmon placed into an Atlantic salmon is dangerous, even if all it does it cause the latter to grow throughout the year rather than in spring and summer.

When prompted, 80 percent of consumers are wary of genetically engineered foods - but 80 percent also want mandatory labels on all food containing DNA. Which is almost all food. Scaremongering food and chemicals has become so overwhelming that it undermines public trust in and acceptance of science. It's not what  Obamacare architect Jonathan Gruber  called,“the stupidity of the American voter,” Americans lead the world in adult science literacy, rather it is what the authors of a paper in Annual Review of Nutrition note is clever marketing. 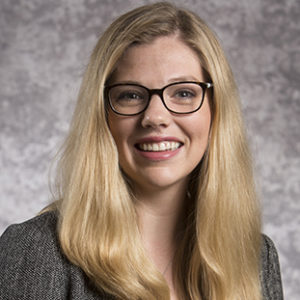 Though heavily processed foods such as Hamburger Helper, frozen microwave dinners, or maple-flavored “pancake syrup” are fine, the presence of a GMO is portrayed by organic corporation trade groups as having equivalent to rat feces.

Through their review of the literature, the researchers noted that prior work identified four governmental approaches to regulating genetically modified crops, ranging from promotional to permissive to precautionary to preventative. For example, the United States tends to have a permissive approach, grows a lot of genetically modified crops, and says they are “generally recognized as safe.”

The European Union has far more government control by "green" groups and so are restrictive in their approach, allowing only two genetically engineered crops to be grown; potatoes and maize as long as its not for human consumption. They say it is “due to consumer resistance,” according to the research paper, and that is true, but the resistance was created by anti-science activists who exploit the far lesser acceptance of science in Europeans compared to Americans. Well, Americans not on the coasts anyway. Los Angeles has pockets of unvaccination lower than parts of Sudan so Hollywood remains pretty dumb.

They want apples that go brown right away, which they think is yucky and will be thrown out. Meanwhile, a simple science fix is available that simply does not oxidize as quickly, so cosmetically it looks "fresh" longer. Meanwhile, they drink non-fat milk in schools because they believe fat is bad.

Progress is marching on despite all that. Globally, the increase in genetically engineered crops has grown to 12 percent of total cropland - but people rich enough to not give their kids vaccines are also buying organic food to serve inside their sort-of solar-powered homes. Worldwide sales of organic food climbed from about $15.2 billion in 1999 to perhaps $124 billion last year.

The next time we let those around us insist corporations can't be trusted with GMOs, vaccines, or chemicals, we can't be surprised others don't accept climate change.
News Articles
More Articles All Articles
About