News Staff
Corporate journalists and other pundits have argued that the 2020 election was a referendum on how the administration handled the COVID-19 pandemic. Is that true?

There was confusion to be sure. Early in the pandemic, the CDC refused to send UC Davis a COVID-19 testing kit and said they would only send it when the school proved the patient had COVD-19. Then, when CDC did finally cut through its own bureaucracy they sent faulty reagents. But those were not Trump appointees, those were career employees, and career Washington, DC employees are 80 percent Democrats. It's not a paradox that government did a lot wrong but nature does not care who runs one country. It wouldn't have been prevented by a different president and the former one did not lose due to SARS-CoV-2 either. A new paper finds that, instead, Trump lost more ground in cities least affected by the pandemic.

Their spatial, information-theoretic approach sought a link between voting behavior and COVID-19 incidence in the 2020 presidential elections and found correlations between the two factors - but in the opposite direction of the popular narrative.

The confounders may be their methods for quantifying uncertainty in statistical models. They usaed a spatial data modeling approach, computing conditional mutual information between two processes a target process like voting behavior and a second process, in this case COVID-19 incidence and inferred spatial connections. They believe this approach enabled them to determine the influence that epidemiological and economic processes might have had on voting behavior, as well as the spatial interactions that encapsulate the social and political fabric of the country. 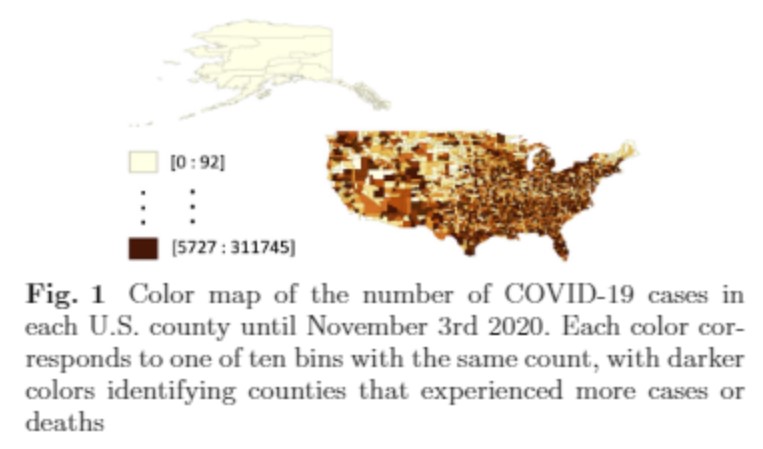 The researchers determined that COVID-19 cases were negatively associated with the variation in the total vote count, whereby a larger increase in participation was observed in counties that were less affected by the pandemic, and a smaller increase in those that suffered the most from COVID-19. When it comes to the difference in votes between the two parties, they found that Biden’s margin was higher in the counties that suffered the least from COVID-19. However, counties where Biden gained the largest margin were not identified by COVID-19 prevalence.