Josh Bloom
One just has to be able to accept certain scientific liberties to be a fan (addict?) of The Walking Dead. It is well worth it, since it's the most entertaining hour on television.

For example, I always wondered why the characters are routinely covered with zombie blood, guts, and other slime, all of which routinely runs down into their mouths, *and* into open wounds, yet they never catch the virus that started the apocalypse. One character even stuck his hand in the mouth of one of the things that was trying to bite him, and ripped its head off. *That* was OK, yet, if he had sustained a nibble on a cuticle during this attempt, he would have caught it turned into one of them.


Then, there is there matter of blood flow. One of the show's all time favorite characters, Hershel, was bitten on the leg a couple of seasons ago, yet survived because the group amputated his leg. The amputation took about five minutes, however, it takes one minute for blood to circulate throughout your body. So, does someone wanna tell me how he didn't get infected? Either way, Hershel's luck ran out the next season: 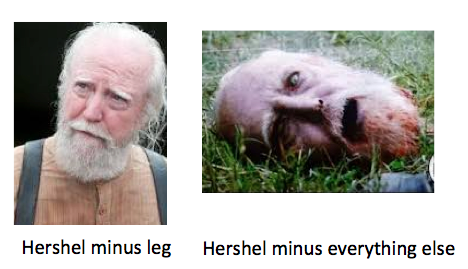 But, perhaps, the most implausible thing about the series is the teeth. These bad boys have incredible teeth.

How can we explain the teeth? It can't simply high calcium intake. The following experiment demonstrates this: 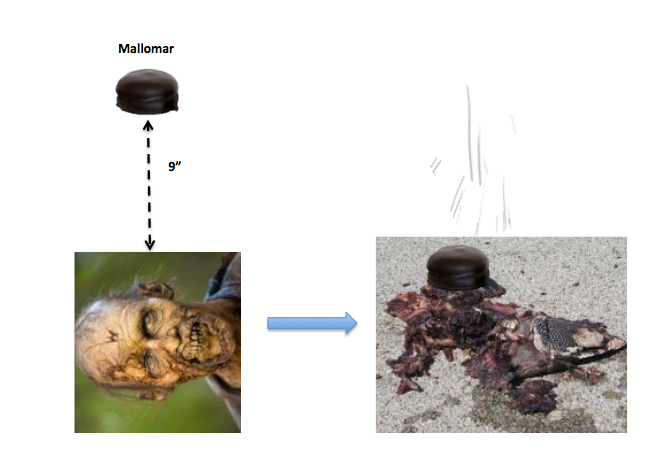 Anyone who has watched the show knows that if you hit a Walker in the head with *anything*— a hammer, waffle, or Q-Tip—that the skull will collapse like a souffle.

Since it's not high calcium intake, I see no alternative explanation to superb dental care.

Could it be fluoride in the water?
Unlikely, since according to Joe Mercola's always-reliable site, fluoride is so dangerous that if you believe him, it alone could have been responsible for the apocalypse, rather than a pathogen, as we had been led to believe: "Another key factor ignored by the HHS is that fluoride is an endocrine disruptor—a finding reported for the first time in the NRC's 2006 report. Endocrine disruptors have the potential to disrupt the biology of both humans and animals."

Nope—the Walkers must simply take *very* good care of their teeth. Who knew how important flossing could really be?

Fortunately, Mercola has a product for everything, including zombie tooth care: (Only $34.99 plus FREE SHIPPING!) 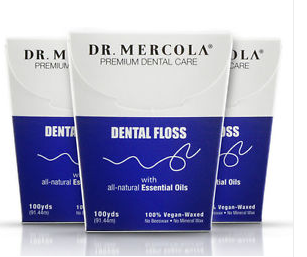 Did the combination of fluoride in the water plus Mercola's overpriced string combine to cause the end of the world? Certainly thought provoking at the very least.


This is potentially very good news for Mercola. You better believe that once the zombie apocalypse really hits, news about his flesh-chomping aid will go viral (boo).  But, it is not such good news for Dr. Oz. His calcium supplements will NOT keep skulls from being crushed by a Mallomar. 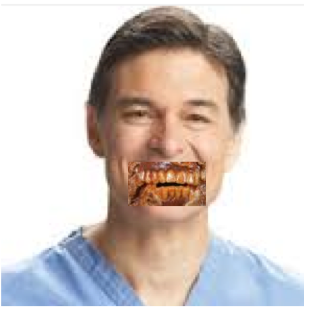 Nonetheless, we wish him and you a happy Mallo-Ween.