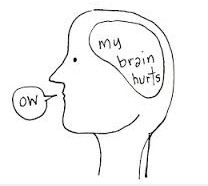 So, if you take literally what Patricia Hunt, Ph.D. and colleagues reported in the new issue of the Journal of Clinical Endocrinology and Metabolism, you could only conclude that two chemically unrelated, so-called endocrine disruptors alone were costing the EU $1.63 billion in female reproductive disorders. That is, unless they neglected to add the VAT, in which case it will be more.

This paper is weak. It contains more speculation than Game of Thrones fan forums on whether Jon Snow will return for season six.

Since I have only a limited time on Earth, I only want to point out the major flaws in the study. I’d better get going.

The premise of the paper is that two chemicals, phthalates (which are actually a family of similar chemicals) and diphenyldichloroethene (DDE) — a major metabolite of DDT— have caused endometriosis and uterine fibroids, respectively, in European women.

Taking that at face value, the authors then not only calculate the cost to society, but also do so with a remarkable number of significant figures, especially since the whole thing is no more than a big guess.

Let’s enter the land of speculation. All of  what follows is on page one. 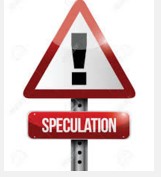 Comment: Sounds interesting. Perhaps they are on to something here.

Comment: Okay, maybe they are not on to something. If psychics write a bunch of papers saying psychics are real, they have created weight of evidence.

“The most robust EDC-related data for female reproductive disorders exist for 1) diphenyldichloroethene-attributable fibroids and 2) phthalate-attributable endometriosis in Europe.”

“In both cases, the strength of epidemiological evidence was rated as low…”

“Across the EU, attributable cases were estimated to be 56,700 and 145,000 women, respectively, with total combined economic and health care costs potentially reaching €163 million and €1.25 billion.”

http://acsh.org/wp-content/uploads/2016/03/Slots.jpg 608w" sizes=" 608px) 100vw, 608px" />Bewilderment: OK, so they have epidemiological evidence about as predictive as a Reno slot machine, yet they insist this is somehow translatable into a very precise economic figure. I dunno.

Conclusions: “EDCs (diphenyldichloroethene and phthalates) may (emphasis mine) contribute substantially to the most common reproductive disorders in women…”

Comment: Given the weight of evidence they took as settled fact, these chemicals may also improve the performance of Formula One cars.

Also from Conclusions: “These estimates represent only EDCs for which there were sufficient epidemiological studies and those with the highest probability of causation…”

Comment: This study cannot show that any of these chemicals cause female reproductive diseases, or make cars go faster.

This isn’t even cherry picking. At least when you cherry pick, you usually end up with data that support your hypothesis. These guys didn’t even come close.  By selecting the chemicals that gave the strongest epidemiological data, they still could only manage to attain predicted probabilities that were between one-fifth and two-fifths.

There are about seven pages of more speculation and useless details, followed by 90 references. That’s an awful lot of work to prove nothing.

Originally appeared at the American Council on Science and Health. Read the original here.