So, I get in a pissy mood once in a while. Before you judge, you try taking the Times Square-Grand Central Station shuttle every day. See what kind of mood you end up in: 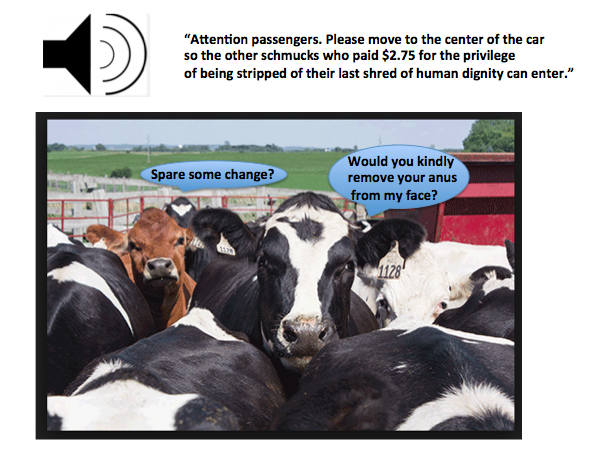 Then I read something so infuriatingly stupid in the Huffington Post — which is of questionable value even on a good day — that my already-sour disposition headed even further south.

But on this planet, virtually every word that comes out of Sachs’ mouth is embarrassingly wrong. In a piece that would make Che Guevara turn green with envy,  Sachs manages to turn Gilead — the company that has developed the most important drugs for both HIV and hepatitis C, two of the previously untreatable scourges on (this) planet — into Satanic scoundrels that should be sued by patients. He either doesn’t have the wildest idea of what he is talking about, is so enamored with his twisted mindset that he is incapable of seeing anything other than evil about a drug company, or both.

Some examples (snotty comments are on the house):

“Gilead has the cure for Hepatitis C (HCV) known as Sofosbuvir, which is taken alone or in combination with other drugs. Now we need a cure for Gilead.”

Yep. Swell idea. Take the company that has been the most successful developer of badly-needed antiviral drugs, and demonize them.

“Gilead should be held responsible, morally and legally, for all of the HCV-related illnesses and deaths that occur as the result of their unacceptable pricing policies.”

Is that so? Gilead spent a decade and billions of dollars developing Sovaldi — the first drug capable of wiping out hepatitis C — and Sachs claims that they are evil because they invented a game-changing therapy. I guess he would have been happier if Gilead failed rather than succeeded. Then, they wouldn’t be the target of this idiotic criticism. So, let’s give a shout out to the dozens of companies that worked for decades trying to find a cure for the infection, but failed, despite spending billions of dollars in the process. Yay failures! You have the moral high ground.

“We should hold Gilead to the following simple standard: ensure that everybody who needs Sofosbuvir or a Sofosbuvir-based combination therapy can get it at an affordable price.”

Last I checked, Gilead was not a charity. It is not up to them to ensure that everyone in the world gets their drug. This is the job of the Kremlin, uh, I mean governments and agencies, as well as charitable organizations. 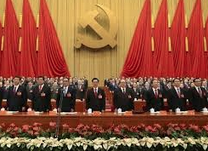 “Gilead is offering discounts to some government and private insurers, but these discounts are limited, generally around 50 percent, thereby leaving the net price at a whopping $40,000 or so.”

Guess what? This is very similar in cost to the previous (and terrible) therapy of interferon and ribavirin. Why not criticize Roche for not providing a lousy therapy to the world? Make sense? I didn’t think so.

“The bottom line must be access. Gilead’s patent rights must not be construed as the right to leave millions to suffer or die from a disease for which a low-cost cure exists.”

Uh, Gilead’s patent rights are spelled out in the Constitution. If not for intellectual property protection, nothing would ever be invented, since another company or individual would be able to sell, provide, whatever for pennies on the dollar, since they spent nothing on the invention.

“By abusing patents in that way, Gilead and the US political system in recent years have turned the proper use of patents — as an important tool to incentivize R&D — into a veritable license to kill, which must never become acceptable in a sane society.”

Sane??? Gilead has saved millions of lives around the world with its HIV and HCV drugs. THIS is a license to kill? This knucklehead should be worried about sanity all right—his own.

“There are at least three direct ways to hold Gilead accountable. The first is through legislation. Gilead and other drug producers that hold life-and-death patents should be mandated by Congress to establish pricing programs that ensure access to the life-saving medicines under their exclusive control. If they fail to do so, their patent rights should be subjected to compulsory licensing for generics producers who will make the drug available.”

Sure—let’s slap price controls on innovative products, AND if companies don’t like it, throw away their patent. Take a wild guess what this is going to do for new drug discovery in the future.

“Gilead has set an outlandish price for Sofosbuvir of $84,000 for twelve weeks of treatment, or a staggering $1,000 per daily pill. Harvoni is priced at $94,500. These prices should be compared with an actual production cost of Sofosbuvir, estimated to be around $100, or $1 per pill.”

Now here's a dishonest and/or idiotic statement if ever there were one. Yep- it costs Gilead a buck for the pill. Except it cost them $2 billion for the first pill and then a buck for the others. Sachs must (or should) know that the cost of materials is rarely a factor in the price of a drug. We are not talking about can-openers, which may cost $1 to make and are sold for $2. Shame on him.)

Saving the worst for last, “Patients denied access to Sofosbuvir across the country should sue Gilead for reckless endangerment.”

Yeah- that’s a swell idea. Sue a company for being successful. And for reckless endangerment. Is he gonna suggest that we do the same for (even more) expensive cancer drugs, or those for rheumatoid arthritis or multiple sclerosis? Sue those companies too? Maybe we should sue heart transplant surgeons for charging for their services. Or hospitals (which are far more expansive than any drug) for denial of service for patients who have to pay for some or all of their costs if they have no insurance, or a policy that won’t cover what they need.

Of all the stupid s###t I've read about drug companies—and there has been plenty—this tops them all.

For some reason a Beatles song is going through my head…. 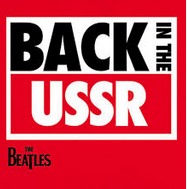