Ladislav Kocbach
I am sorry, this is not yet supposed to be published, but I also do not want to delete the content. This is work in progress, somehow the option to keep an "yet unpublished version" disappeared.
You are thus welcome to follow my editing process (the version you read
now is already somewhat complete, but still not well organized).

In part one I promised to show that the trilobite molecule does not look at all like a trilobite but rather as a pine cone. I had some pictures, I wanted to upload them for later editing - but here it all became public.

Here is the Physics News original message with the trilobite molecule:
http://www.aip.org/png/html/trilobite.html
The displayed electron density has been further tortured by multiplying it by the distance from the internuclear axis (there are two nuclei in this molecule), which naturally is zero along the axis, so that we get a zero along the axis. Thus the top close to the unseen nucleus gets split into two.

Here ( http://quantumdynamics.wordpress.com/2010/05/22/coulomb-green-function/ ) I found an image of the trilobite molecule (this is not tortured by the extra multiplication) which seems to be allowed to be reprinted: 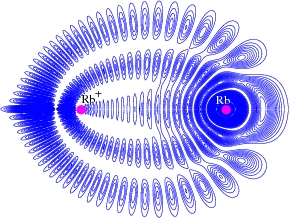 It is a cut the real object is conical as shown below. It is related to the atomic state with n=35 (I believe - will be checked)

Whether the electron density resembles trilobite or pine cone can be a personal preference, but it certainly resembles the electron density of so called Stark states in a single atom, which I have been constructing and representing in many different ways. These states should probably called rather Pauli states (another discussion), but here I will refer to them Stark Rydberg states as seems usual.

Here follow my Rydberg - Stark states of an atom. I have first some n=23 states, with one inner structure ( it is called n=23, k=20, k is a quantum number introduced by Pauli).
Here is an image of a certain representation of electron density. I hope it is easy to see that it is a sort of a cone 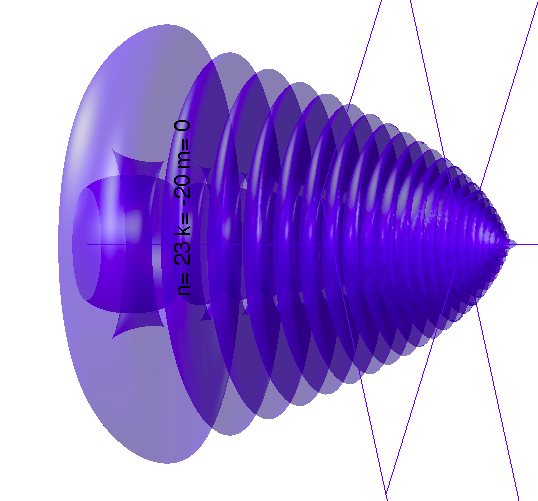 Here is the same density "dissected". We look in  one plane, or cut, through the cone, record the density and plot it as in the original links (but do not "torture" it by the multiplication by distance from the axis as in Physics News) 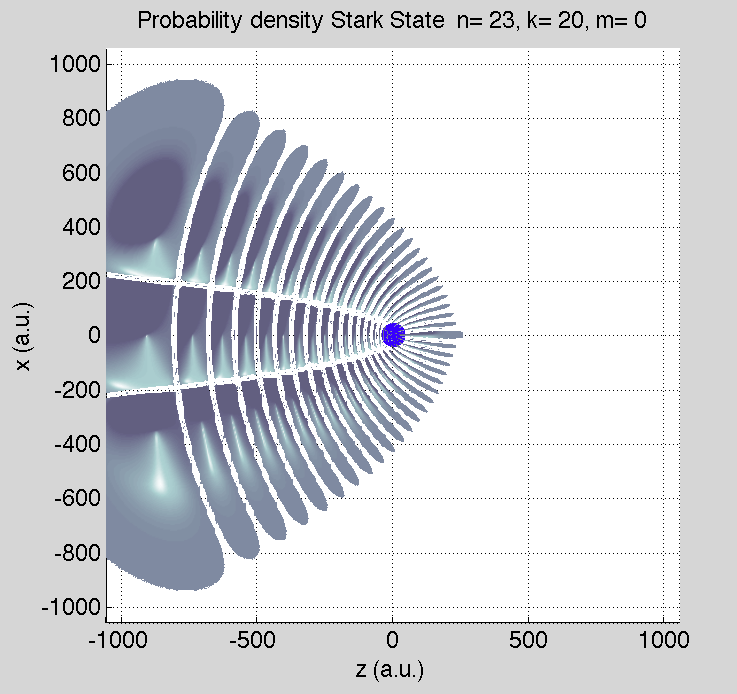 We will need new versions of the figures 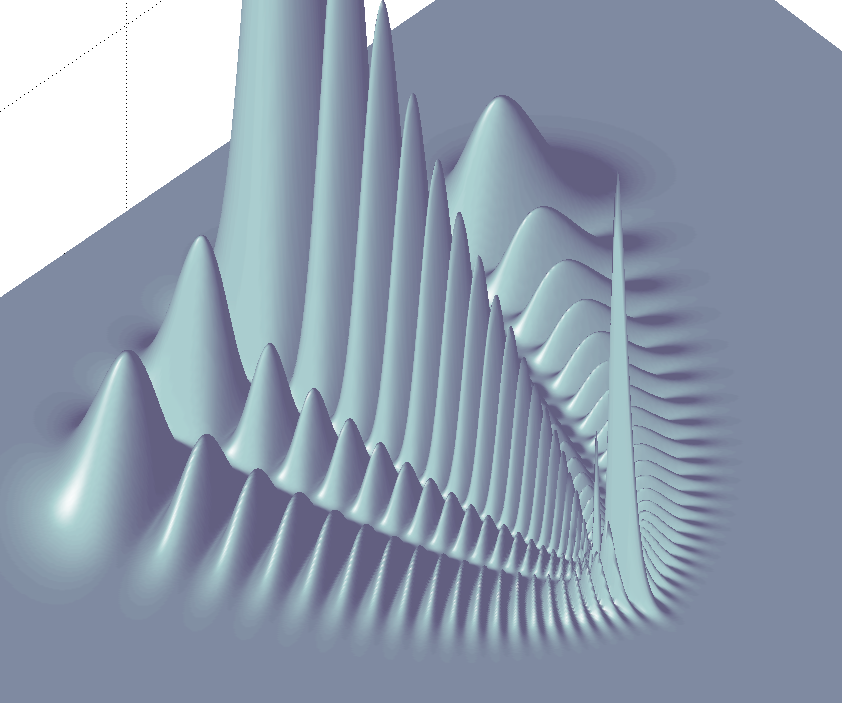 The format of this picture is close to that of the Physics News, except of the "torture" of multiplying by distance from symmetry axis. 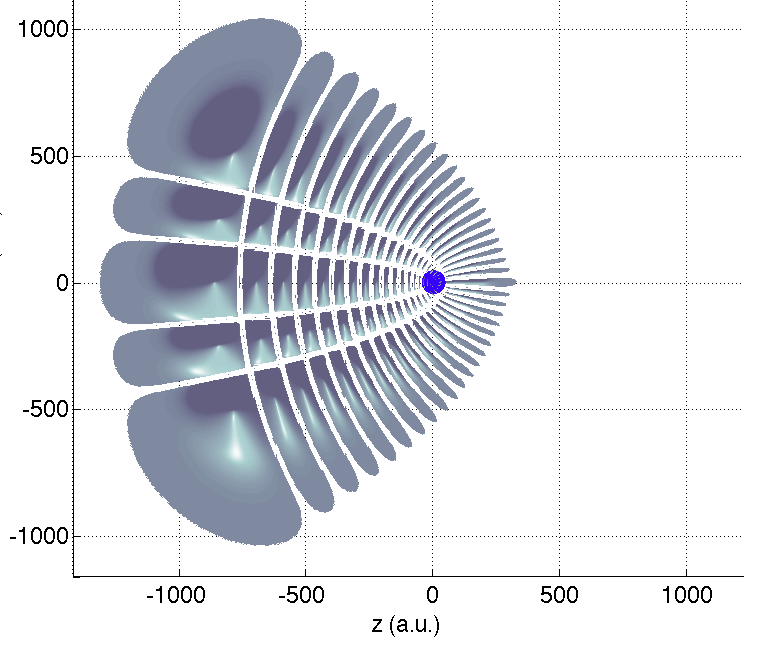 But also these are in fact conical objects. They are also like a sort of a jelly fish.

We need a picture of two trilobites from wikipedia: 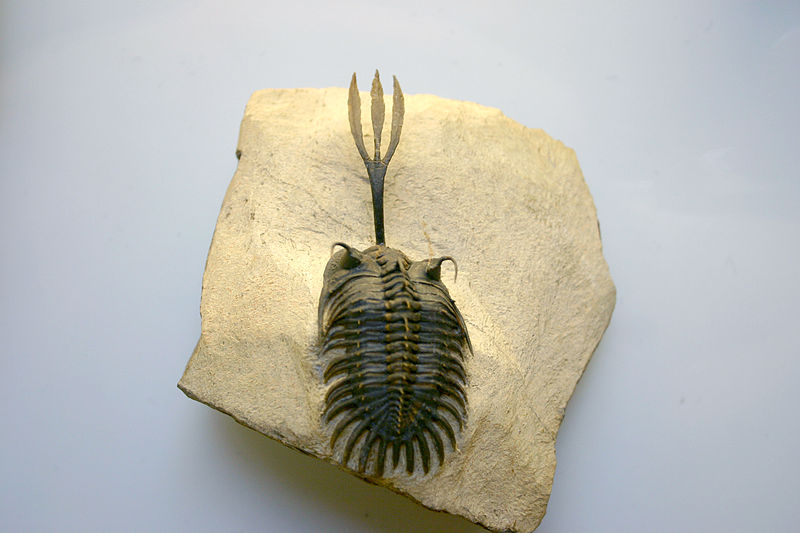 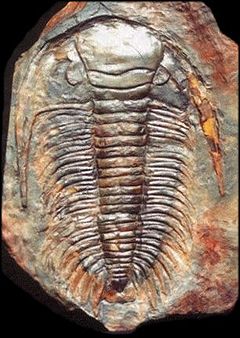 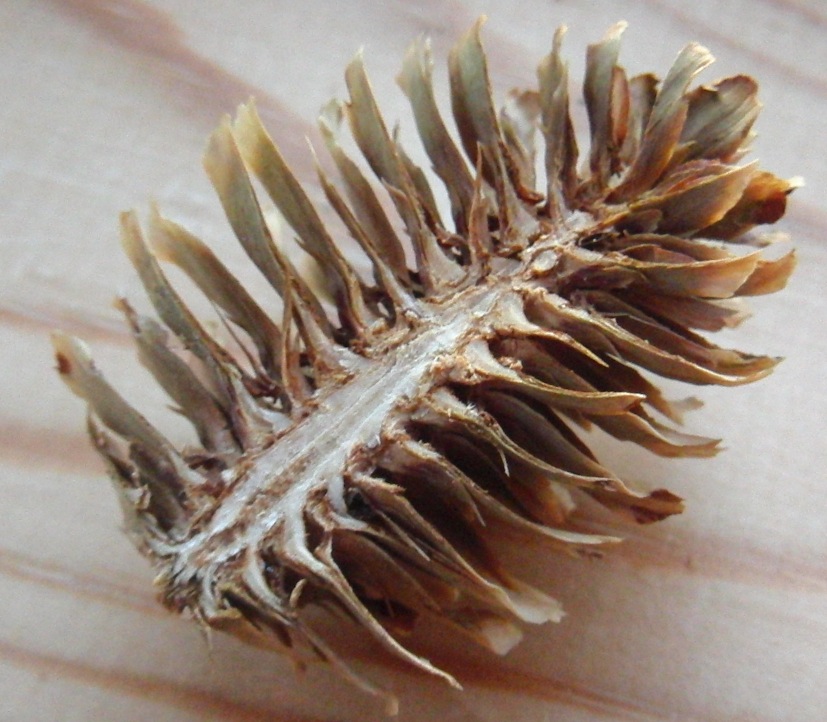 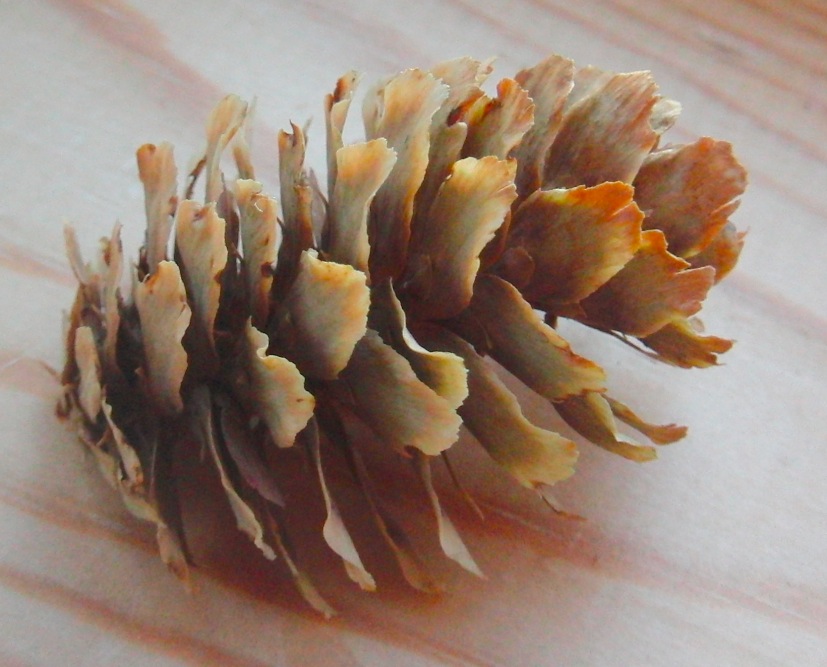 When I found this one and cut it through, it was wet and very conical. Then it dried and I took these two pictures. I do not own a trilobite fossil.
Physics and Computing
More Articles All Articles
About