Tommaso Dorigo
The LHC is ramping up in instantaneous luminosity according to schedules, and has just surpassed the measure of one inverse femtobarn of collisions delivered to the CMS experiment, as shown in the picture below. 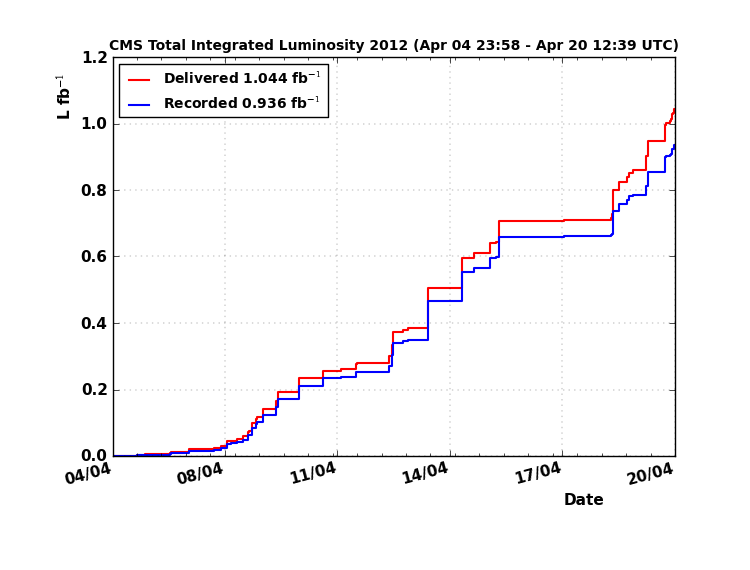 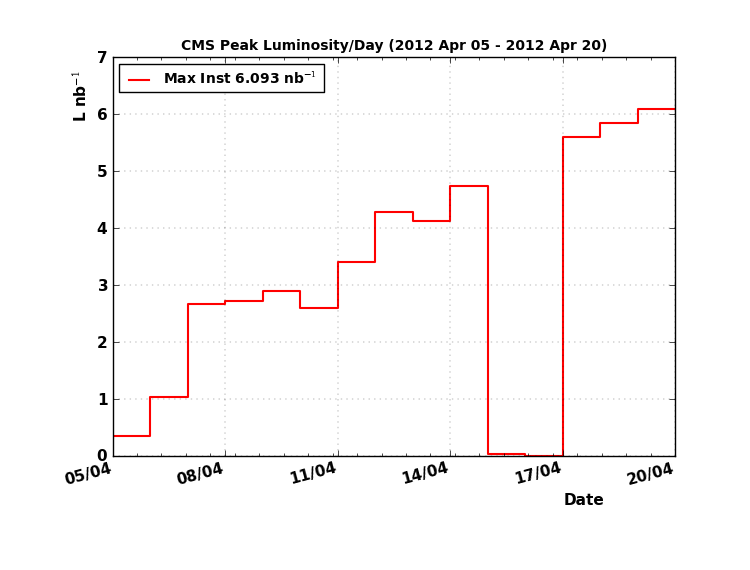 With one inverse femtobarn of collisions at 8 TeV there is already as much discovery power for a 3-TeV q-qbar resonance as with the whole 2011 data at 7 TeV, because parton luminosities increase steeply with effective subprocess centre-of-mass energy, as shown in the figure below (taken from Chris Quigg's page): 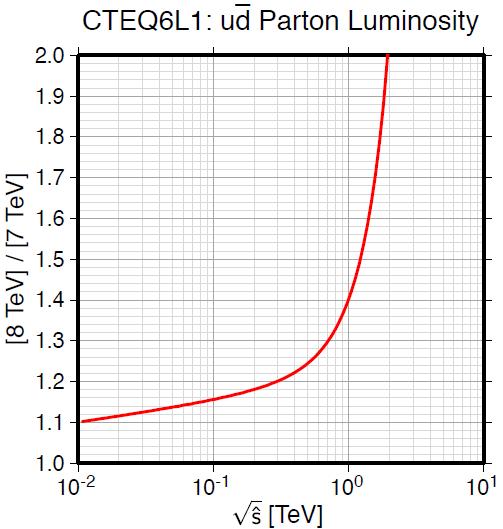 Of course, though, we will have to wait until the analysis of this fresh new dataset is ready. Expect new groundbreaking measurements for the summer this year!
A Quantum Diaries Survivor
More Articles All Articles
About