Tommaso Dorigo
NASA is featuring the first high-resolution images of asteroid Vesta as taken by the DAWN spacecraft during a low-altitude orbit. The images show a very interesting surface, battered with old and more recent craters, plus "textures such as small grooves and lineaments that are reminiscent of the structures seen in low-resolution data from the higher-altitude orbits. Also, this fine scale highlights small outcrops of bright and dark material." (from the NASA piece).

An image gallery with many beautiful pictures is available here. Among the images I could not resist grabbing the one shown below, which shows a large crater with its ridge casting a pitch black shade inside. 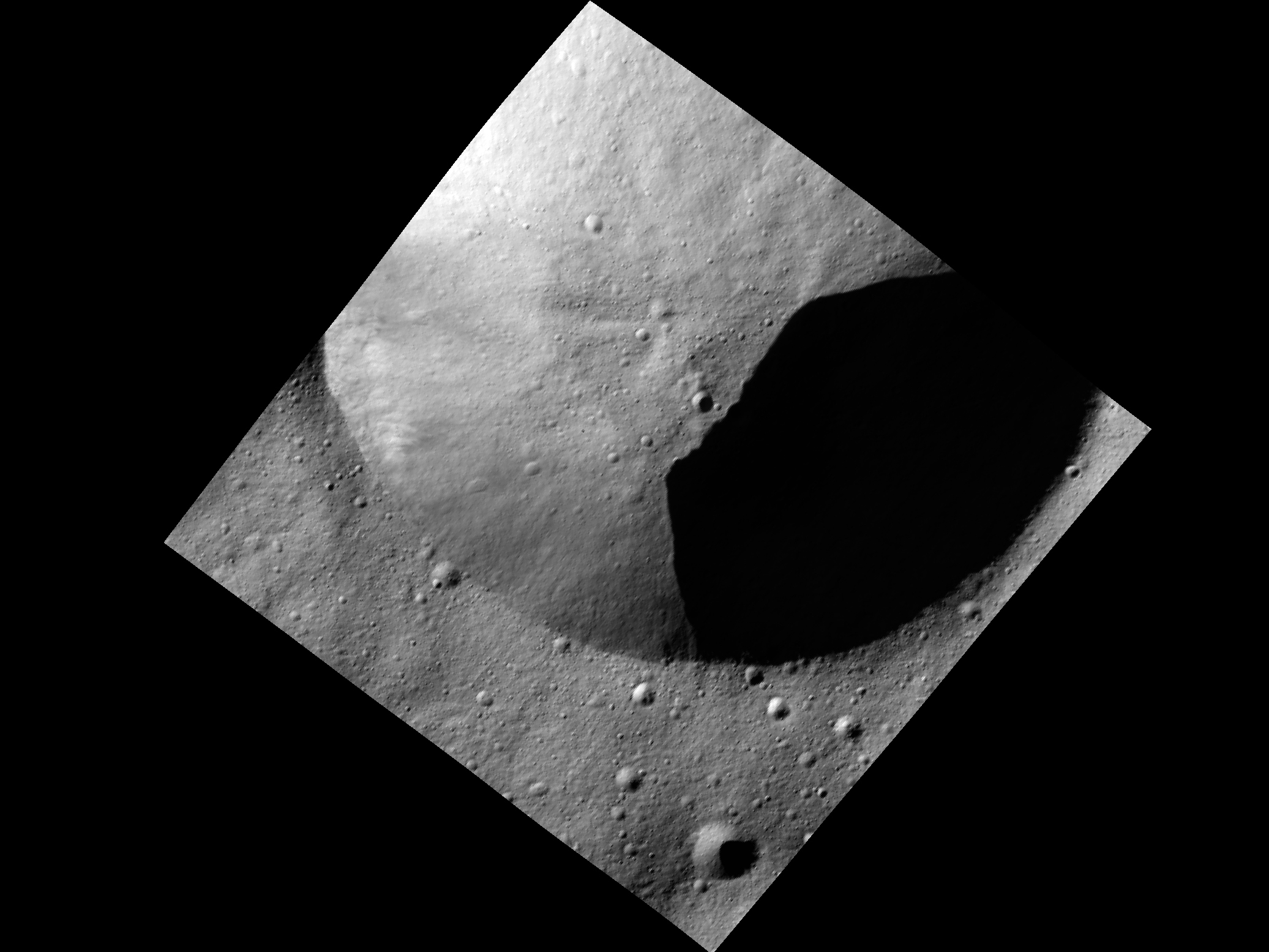 DAWN will spend one year orbiting the intriguing large asteroid, and then will leave it, heading toward its larger cousin Ceres, which could be more aptly called a "dwarf planet" for his respectable dimensions. Vesta has a diameter of 530 km, while Ceres is the biggest asteroid on the solar system, with a diameter of 950 km.

From Earth, neither Vesta nor Ceres ever provide an entertaining view. Their distance does not allow meaningful images to be taken with earth-based telescopes; the best was achieved in 2003 by Hubble, which imaged Ceres revealing a bright white spot whose nature is still uncertain - I do hope we will get to know these interesting bodies better in the near future.

While Vesta is sometimes bright enough from Earth to be seen with the unaided eye, Ceres is harder, and it requires optimal conditions (Earth and Ceres at their minimal distance) and a dark site. I would be happy to know how many ever tried such a feat, and if anybody can indeed boast to have seen it with naked eye.
A Quantum Diaries Survivor
More Articles All Articles
About