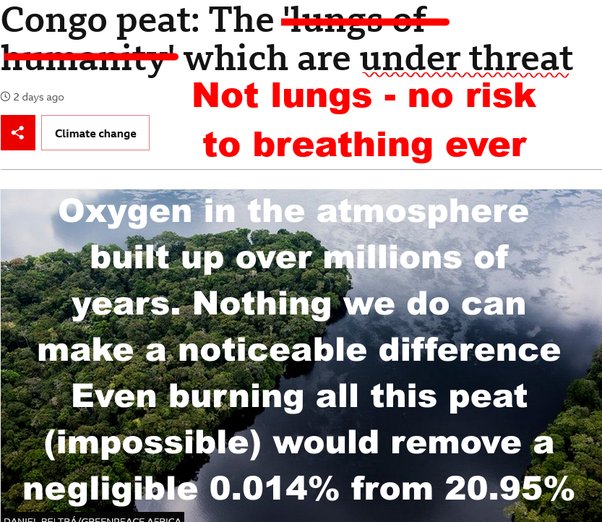 This was potentially a good article by the BBC except that sadly it used an absurd click bait... 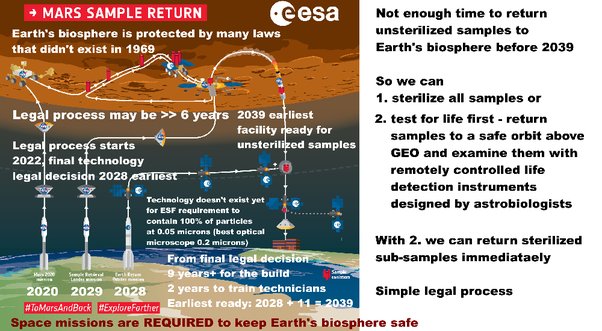 This was an opportunity for the public to give your feedback to NASA about their Mars sample... 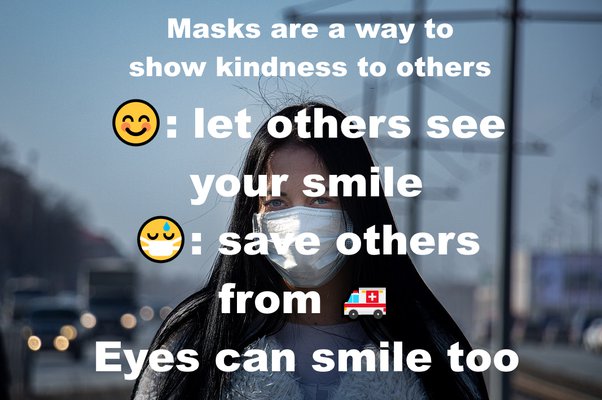 Masks Show Kindness To Others - No Masks: Let Others See Your Smile - Masks: Save Others From Ambulances - Eyes Can Smile Too 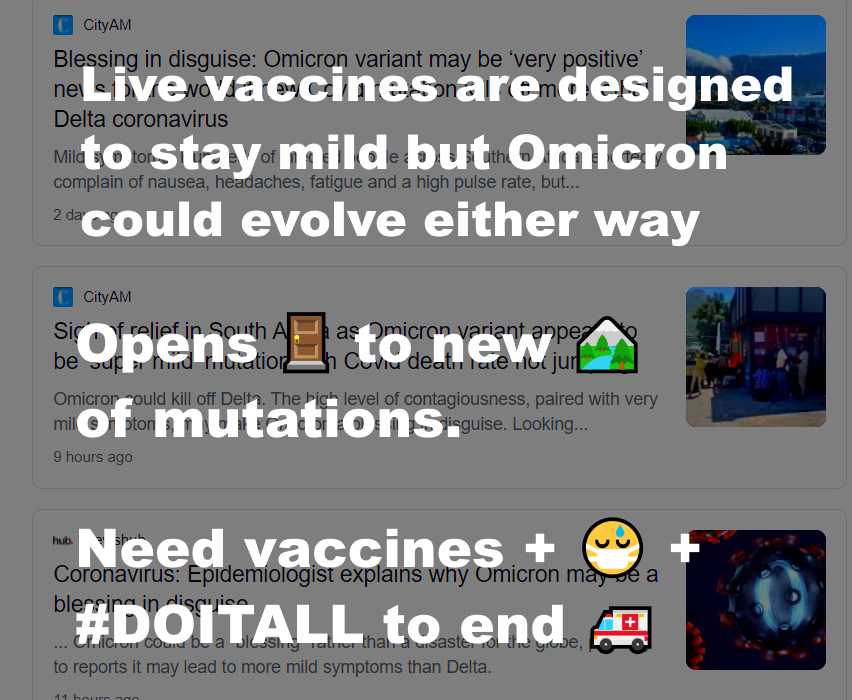 Some news stories suggest that if Omicron is mild it is a “blessing in disguise&rdquo...

The WHO continue to say that the coronavirus can be controlled, and is being brought under control. The evidence from China is clear - not only from their statistics but also the report of the international team that spend nine days studying the worst hit areas of China in person.

South Korea has the fewest cases today for two weeks at a total of over 7000 cases which proves that it is not just China that is able to contain and stop the virus at thousands of cases. By using the same measures of fast case finding, contact tracing, quarantine and isolation, combined with public awareness and hand hygiene, we can all slow and even reverse and stop this virus.

China Close To Containing COVID19 - Rest Of World Can Stop It Too Says WHO - Why Isn't This Good News Hitting Headlines?

This is the news that they are not really sharing on mainstream TV: China is containing this outbreak. The screenshot shows figures for one of the other provinces, Henan province, right next to the worst affected province Hubei. Meanwhile China as a whole reported only 329 new cases on thursday, the lowest number for over a month. This would not happen for a pandemic, so it is not a pandemic yet.

The WHO say that if we act promptly it will never be a pandemic. The course of this disease is under our control.

skip to: Why this is not a pandemic

Why The World Health Organization Are Not Calling COVID19 A Pandemic

This is puzzling many people. COVID19 is now in every continent. So why don't they call COVID19 a pandemic? You are right, if a flu outbreak got this far, the WHO would say it is a pandemic, for sure, indeed they would have called it a global pandemic weeks ago.

Definition: a pandemic (as the WHO use the word) is a disease that is spreading by community transmission throughout the world with no possibility of stopping it by quarantine. A viral pandemic can only be stopped with vaccines. Meanwhile you do your best to protect the most vulnerable from it.

Short summary: Soleimani is an Iranian leader, who is highly respected in Iran, and played a key role in the fight against ISIS. However, he was classified by the US as terrorist because of his position as leader of the Quds, a numerically small black ops type operations supplying weapons to shia militants and the mastermind of operations targeting US soldiers and civilians.

First whatever happens - Kim might do something dramatic maybe but his aim would be to get the talks back on track. It would not lead to war no matter what. Neither side has any benefit from a war. They are trading threats again, but they are empty bluffs.

The US can't invade North Korea because it would lead to impossible levels of casualties in South Korea.

Meanwhile, North Korea only wants to defend itself against invasion and doesn't want to attack anyone. There is absolutely no point in them shooting bombs at the US or South Korea or Japan or anyone. That would be a disaster for North Korea. Tests yes, actually attacking anyone, no way.

You’ll often hear about the “Ice albedo effect” as a supposed tipping point that the IPCC is ignoring. The idea is that as the Arctic ice melts, it absorbs more heat from the sun, and so warms the planet. What they ignore is that as the planet warms there are also more clouds, especially in tropical regions. This did seem a possibility in the 1980s, and Margaret Thatcher mentions it in her speech to the UN. However, you need to look at the planet as a whole, and we now know that because a warmer world has more clouds in the tropics, the overall global albedo effect is actually a cooling rather than a warming effect, helping to offset some of the global warming.