It's a bizarre feeling, yet it’s one that we’ve all probably experienced, at one time or another.

Whether it’s the brush of a feather-duster, or a friend’s fingers under your chin, a great many of us are ticklish. There are a number of spots on the body which appear to be particularly sensitive to being tickled, as many an older-sibling will have discovered, when they attack the underarms, belly, ribcage or the soles of the feet of a younger brother or sister.

What’s so tricky about tickling? Well, there are two things that make the response intriguing. The first is that we often can’t help but react to being tickled- in fact, people laugh when they are tickled. This is, in itself, very strange. A second thing about tickling that makes it weird is that despite the fact that tickling generates such a large response, it is impossible to tickle yourself. 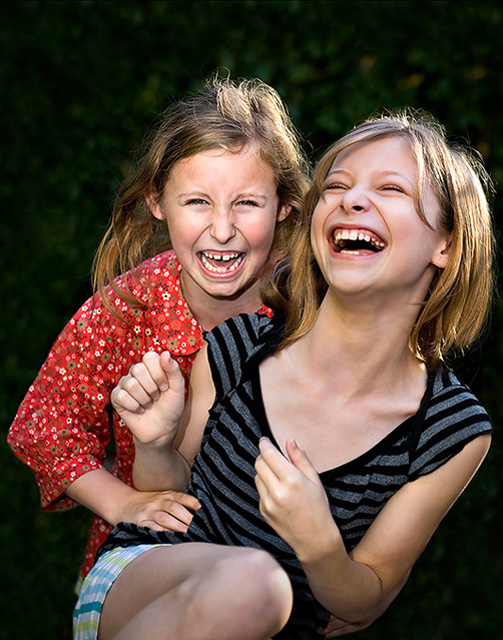 Good-old Darwin had something to say on the subject of tickling, and proposed the idea that, because a common response to tickling is (sometimes uncontrolled) laughter, tickling is connected to the brain’s response to humour. Perhaps then, because we laugh at both comedy and as a result of being tickled, both responses share the same neural circuit/ mechanism in the brain. Does humour and tickling stimulate the brain in a similar way? Is it simply just funny to be tickled by someone? While this is logical idea, it turns out the tickling problem might be a lot more sticky, in terms of how the brain works. The Darwin-Hecker hypothesis, as it is termed, which links humour and tickling responses has been tested in multiple studies, and it turns out that while those who laugh more vigorously in response to tickling also laugh more vigorously at comedy, viewing humorous sequences does not increase the amount of laughter in response to subsequently being tickled. This means Darwin was perhaps off-the-mark on this one.

Several other hypotheses have since been suggested. The sensation of being lightly touched stimulates the somatosensory cortex, so you can feel the pressure, and another part of the brain is also stimulated, hence the experience is pleasurable. It seems that we may exhibit a laughter response to being tickled, because tickling is an inherently social action. Laughing simply exhibits that the person being tickled is submitting to his aggressor, the tickler, in this case. It has also been suggested that tickling may be a way for humans in social groups to teach each other how to defend themselves from physical attack- you naturally recoil and attempt to move away as you are being tickled. The idea that tickling may be inherently social, and perhaps requires an interpersonal interaction, is supported by the fact that you cannot tickle yourself. No matter how hard you try, you simply cannot generate the same response that another person can.

How can this be? The sensation of fingers moving on your skin is surely the same, and is surely detected by the same pressure receptors in the epidermis. Scientists offer an explanation to this based on how the brain filters out self-generated sensory noise, and as such only pays attention to biologically relevant information. A mechanism of noise filtration which occurs in the cerebellum uses the phenomenon of ‘efference copy’.  The brain effectively makes a prediction of sensory feedback it expects to ‘feel’ and uses that prediction as a template. It then attenuates all sensory feedback that fits the prediction made. The discrepancy between the prediction of sensation, and the actual sensation as it is generated by tickling, or touching, is the amount that you actually feel.

When we generate the stimulus ourselves, the brain can make a very accurate prediction of the sensory feedback it expects to receive, and so the template used as a filter and the actual sensory feedback (termed re-afference, by experts in the field) match perfectly. Hence, there is no discrepancy in amount of pressure in the touch, or other factors, and so the amount of ‘tickling’ sensation is zero when we attempt to tickle ourselves. In fact, efference copy may be a widespread neural phenomenon with multiple uses. It has been proposed that efference copy plays a role in determining gaze direction, and it is a mechanism also found (perhaps by convergence) in the nervous systems of many animals. For example, some fish, which possess active electrosensation, use an efference copy mechanism to filter out self generated discharges from their electric organ which they emit into the water. This means they can focus on relevant discharges emitted in the water by other electric fish.

Although the fact that you cannot generate a response to tickling on your own supports the idea that it is a social phenomenon, this does not prove that it requires an interpersonal connection. If the response to tickling is simply a reflex, then a ‘tickling machine’ should elicit a similar wiggling, squirming, and laughing response similar to the one we are used to. If there is something more subtle going on, which requires a social interaction, then a ‘tickling machine’ shouldn’t work. In fact, this very hypothesis has been tested, by Prof Nicholas Christenfeld and his team at University of California. It turns out, that a ‘tickling machine’ makes you giggle like a schoolgirl, just like another person’s fingers might!

In a nutshell, that’s what is so tricky about tickling. Is it a social phenomenon, or a completely neural one? It seems that the tickling response might be a reflex, but perhaps its evolution required sociality.