Sascha Vongehr
The prospect of a peaceful right wing revolution from the heart is no more but an April fools’ day joke to those high on hate such as Andrew Anglin. I would not be surprised if, as the hole at the other end of Ezra Levant’s dildo also suspected, such is supported by (((groups))) interested in focusing the alt-right into an obviously anti-Semitic stance in order to condemn as well as ensure that the associated aggressive negativity traps the enemy in internal conflicts and frustration. [UPDATE: Yep - confirmed - another Jewish undercover operation - I love it - well done - any movement that easily manipulated should be destroyed, and how they do it is so damn entertaining - thanks Weev, thanks Andrew!]

I get it, populism as a tool shifting the Overton window of acceptable discourse, or the steering of the dumb masses, or motivating the troops, or even as a comedic angle attracting a slightly higher IQ crowd, and in all of these, the truth is easily sacrificed. And so one can hear Andrew tell David Duke that Jews are supposedly the most inbred race of human animals, genetically back-traceable to no more than a few individuals thousands of years ago, and the good doctor has basically nothing in reply. Kevin MacDonald’s comments on cousin- and in-marriage versus out marriage are not far off of this. Never mind that their main aim of criticism is consistently the Ashkenazim Jews who are strongly over-represented, around 30% in high achievement measures and even far higher in power positions such as influential media; never mind that it is precisely these Ashkenazim that came about through intermarriage with their host populations’ elites, for example the Romans, resulting in a race that is almost half Italian today (look at people such as Jerry Seinfeld or Sarah Silverman) and a good bit German even – that is what “Ashkenazim” means after all. 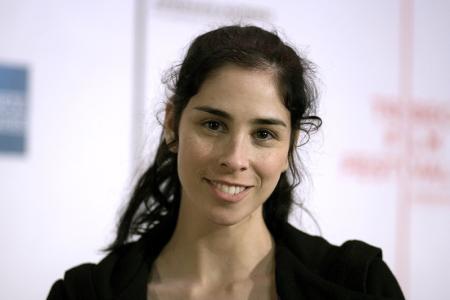 I get it; the enemy is thriving on deceptions and only ever increasing framing, false-flagging, fake news, and deceiving is their natural inclination, and so one easily thinks that the war, the fallen, justify the means. But there is a problem with such distortions of the scientific truth precisely under the assumption of that deception is more natural to Middle-Eastern type in-marrying clan societies, and somewhat differently in East-Asian collectivist societies. As Kevin likes to point out, the North-European White out-marriage, individualist societies and races co-evolved into high-trust societies and races, where truthfulness and honesty are so important because clan bonds as security measures are largely missing. You destroy the trust between us if you sacrifice truth.

Dear alt-righties and suchlike: There is no point in working hard to try showing how much you are opposed and supposedly better than the deceptive enemy if you destroy it with stupid, unnecessary lies - and a few such lies are enough to destroy all trust into anything else you have to say!

Many on the alt-right and even racists reject the label “White Supremacist” in order to claim that they want no more pride than is advertised for other minorities. However: Such aspects as truthfulness and open, benevolent societies being tolerant of individual opinion are widely regarded, on all sides, as morally and otherwise superior. Pointing out these aspects as what makes White neighborhoods desirable or Whites superior in precisely this sense is what many individuals of Black races for example have no problem doing – that is why they run until they reach places where the winter snow reminds them harshly that they don’t belong.

Whites should stress these, widely seen positive aspects, such as honesty and respect for the individual regarding his responsibility for society as a personal moral stance rather than collectivist submission. However, this is not what is pushed into the lime light, but instead, Andrew, Duke and Co, hand in hand with their supposed enemies the mainstream media, push an idiotic narrative, piling on about the low average IQ of other races and about that their failures are due to their inability and inferiority in a natural Darwinian struggle, while on the other hand dismissing the high Ashkenazim IQ and blaming Jewish success in the fight for power on conspiracy, or even better, blaming Jewish ethno-centrism while telling Whites that they are not sufficiently ethno-centric; never an admission of Jewish superiority in the usual Darwinian struggle that Nazis are otherwise so smug and supposedly knowledgeable about. As much as I despise untruth as a scientist, the scientist knows well that deception has always been a main tool of superior surviving throughout Nature. If you don’t like it, you better come up with something even better.

We are told that the enemy killed and kills with little regard, power and money allowing untraceable assassins to smear pawns, and yet, the good doctor keeps on talking week after year after decades, doing well ranting against the Jews. The trajectory of Andrew Anglin screams “some come up, some get done up, accept the twist”. Direct support being involved or not, we have to anyway admit this much: The media mechanisms as they are support the negative, the lies and hate.

From an elevated perspective, it does not matter whether Andrew and the loony doctors are supported directly or indirectly by Jewish media – its just as well, it changes little: As long as the right wing cannot get out of this trap, it should die in this trap. It needs to first somehow prove being actually something alternative, something that has gained maturity and is superior in enough ways that it can be trusted in spite of the great dangers that come with the power of the people.

UPDATE: Finally found the article I wanted to link - also has many pretty pictures, he he - anyway - here is more on how the AJ are about 80% Italian.

yo by the way - yes I am still writing lots on physics, but I am too busy writing that shit up into two books now and am somehow never in the mood putting it here because I don't get any helpful feedback anyway here - be patient though and I will surely get back to physics - for now I just sometimes can't concentrate yet another day on anti-realist quantum relativity and suchlike and just enjoy pissing you off with some race realism instead.
Alpha Meme
More Articles All Articles
About